Satellite to check alien skies for traces of life 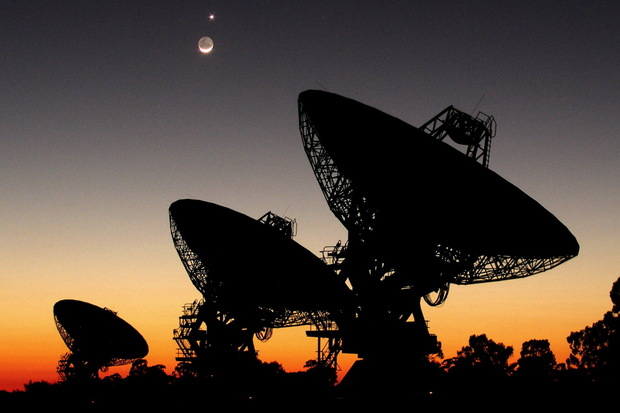 A team of U.K. scientists and engineers plans to launch a small satellite that would study the skies of planets outside our solar system, checking for traces of life and other characteristics.

It's the “first mission dedicated to analyzing” these atmospheres, said Giovanna Tinetti of University College London, the project's lead scientist.

Plans call for the mission, a collaboration between the college and Surrey Satellite Technology Ltd., based in Guilford, U.K, to launch within four years. An overview was presented Friday at an open meeting at the U.K.'s Royal Astronomical Society.

“Twinkle is a very ambitious mission,” said Tinetti of the college. “Nearly two thousand exoplanets-planets orbiting stars other than our Sun-have been discovered to date, but we know very little about these alien worlds.”

“But beyond that, we just don't know. Twinkle… will give us a completely new picture of what these worlds are really like.”

When an exoplanet passes in front of the star that it orbits, a tiny amount of starlight goes through the molecules and clouds in the planet's atmosphere. Twinkle would measure this light and pick out characteristic “fingerprints” of interesting substances like water vapor or methane, which is organic.

Understanding what is in these atmospheres helps reveal a lot of things, she added, including whether there are gases consistent with traces of life, or at least with habitability.

Plans call for Twinkle to analyze at least 100 exoplanets in our Milky Way galaxy. Using an instrument called an infrared spectrograph, it would be able to look at of a wide range of planet types. For large planets near bright stars, Twinkle could make maps of clouds and temperature, Tinetti said.

But “the light filtered through the planet's atmosphere is only about one ten thousandth of the overall light from the star,” she added. “That's a big challenge and one that requires a very stable platform outside the screening effects of Earth's atmosphere.”

While the construction of Twinkle's scientific instrument is led by the college, the spacecraft itself is to be built by Surrey Satellite.

The spacecraft will be built to operate for three to five years and the project is funded through a mixture of private and public sources, the organizers said. But with a total mission cost of around Ł50 million, including launch, they claimed the whole Twinkle project costs one-tenth as much as astrophysical spacecraft developed through international space agencies. The swift and inexpensive development were possible through expertise already developed at U.K. institutions and the use of off-the-shelf components, according to the organizers.