Sun may decide your lifespan at birth 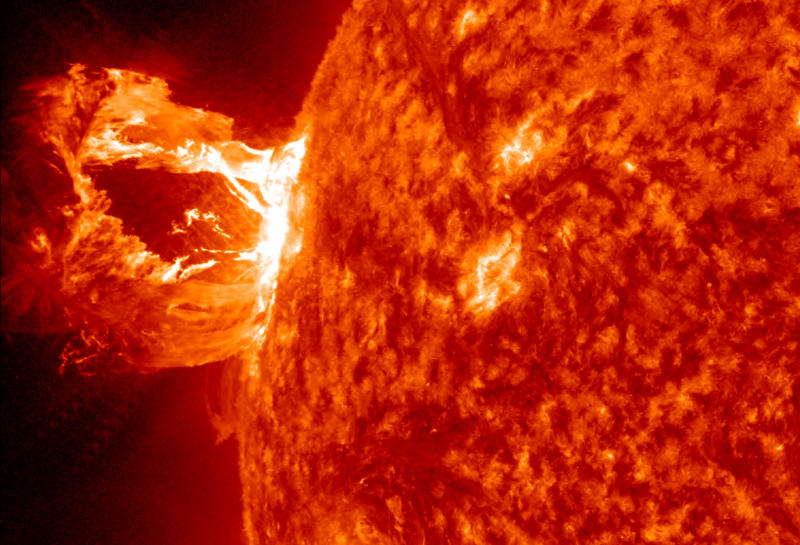 Talk about a rough start in life. Being born when the sun is stormy might cut around five years off of it, if a new study of Norwegians is any guide.

The study reports that historically, people born when there was low solar activity lived longer on average than those born in times of higher solar activity, which comes in 11-year cycles.

The researchers behind the study say the findings might have something to do with harmful ultraviolet, or UV, radiation generated from solar activity.

For this reason, they speculated that people with darker skin, who tend to have more natural UV protection, might be less susceptible to the solar activity effect.

The findings were published in the journal Proceedings of the Royal Society Jan. 8.

Although the report didn't discuss ways that new parents might try to avoid the solar activity effect, the American Cancer Society has some long-standing general advice for limiting harmful UV exposure, the most straightforward piece being just to avoid much direct sunlight.

The authors of the new study analyzed births and deaths in two parts of Norway between 1676 and 1878. They compared people's lifespan to the amount of solar activity in the year of birth. Their results found that people born in times when the sun was at its least active lived on average five years longer than those born when the sun was most active.

The sun goes through 11-year cycles, with eight years of low activity followed by three years of high activity. During peak times when the sun is most active, people's UV exposure can go up. The solar cycle last peaked in 2013, but relatively weakly in that case.

The investigators say UV's detrimental effects during development are unclear but that high levels of the radiation might degrade vitamin B which is needed for healthy gestation, and cause DNA and membrane damage in fetuses.