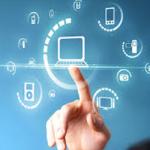 The coolest LEGO ® in the universe

For the first time, LEGO Â® has been cooled to the lowest temperature possible in an experiment which reveals a new use for the popular toy -- the development of quantum computing. A figure and four blocks were placed inside the most effective refrigerator in the world, capable of reaching 1.6 millidegrees above absolute zero (minus 273.15 Centigrade), which is about 200,000 times colder than room temperature and 2,000 times colder than deep space.

Computational study of famous fossil reveals evolution of locomotion in 'ruling reptiles': New modelling of ancient fossil movement reveals important step in the evolution of posture in the ancestors of dinosaurs and crocodiles

Traces of violence on 1700 year old skeletons allow researchers to reconstruct warfare and sacrifices of nomads in Siber...