E=mc² : Most famous equation of the world 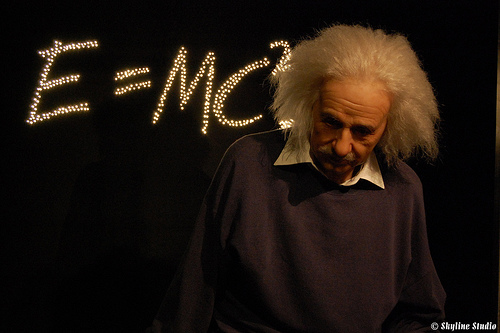 E=mc2. This is the most famous equation in the history of equations. It has been printed on countless T-shirts and posters, starred in films and, even if you've never appreciated the beauty or utility of equations, you'll know this one. And you probably also know who came up with it – physicist and Nobel laureate Albert Einstein.

The ideas that led to the equation were set down by Einstein in 1905, in a paper submitted to the Annalen der Physik called "Does the Inertia of a Body Depend Upon Its Energy Content?". The relationship between energy and mass came out of another of Einstein's ideas, special relativity, which was a radical new way to relate the motions of objects in the universe.

At one level, the equation is devastatingly simple. It says that the energy (E) in a system (an atom, a person, the solar system) is equal to its total mass (m) multiplied by the square of the speed of light (c, equal to 186,000 miles per second). Like all good equations, though, its simplicity is a rabbit-hole into something profound about nature: energy and mass are not just mathematically related, they are different ways to measure the same thing. Before Einstein, scientists defined energy as the stuff that allows objects and fields to interact or move in some way – kinetic energy is associated with movement, thermal energy involves heating and electromagnetic fields contain energy that is transmitted as waves. All these types of energy can be transformed from one to another, but nothing can ever be created or destroyed.

In relativity theory, Einstein introduced mass as a new type of energy to the mix. Beforehand, the mass of something in kilograms was just a measure of how much stuff was present and how resistant it was to being moved around. In Einstein's new world, mass became a way to measure the total energy present in an object, even when it was not being heated, moved or irradiated or whatever else. Mass is just a super-concentrated form of energy and, moreover, these things can turn from one form to the other and back again. Nuclear power stations exploit this idea inside their reactors where subatomic particles, called neutrons, are fired at the nuclei of uranium atoms, which causes the uranium to split into smaller atoms. The process of fission releases energy and further neutrons that can go on to split more uranium atoms. If you made very precise measurements of all the particles before and after the process, you would find that the total mass of the latter was very slightly smaller than the former, a difference known as the "mass defect". That missing matter has been converted to energy and you can calculate how much using Einstein's equation.

Despite the tiny discrepancy in mass between the uranium atom and its products, the amount of energy released is big and the reason why is obvious when you look at the c² term in the equation – the speed of light is a huge number by itself and its square is therefore enormous. There is a lot of energy condensed into matter - 1kg of "stuff" contains around 9 x 1,016 joules, if you could somehow transform all of it into energy. That is the equivalent of more than 40 megatons of TNT. More practically, it is the amount of energy that would come out of a 1 gigawatt power plant, big enough to run 10 million homes for at least three years. A 100kg person, therefore, has enough energy locked up inside them to run that many homes for 300 years.

Unlocking that energy is no easy task, however. Nuclear fission is one of several ways to release a tiny bit of an atom's mass, but most of the stuff remains in the form of familiar protons, neutrons and electrons. One way to turn an entire block of material into pure energy would be to bring it together with antimatter. Particles of matter and antimatter are the same, except for an opposite electrical charge. Bring them together, though, and they will annihilate each other into pure energy. Unfortunately, given that we don't know any natural sources of antimatter, the only way to produce it is in particle accelerators and it would take 10 million years to produce a kilogram of it.

Particle accelerators studying fundamental physics are another place where Einstein's equation becomes useful. Special relativity says that the faster something moves, the more massive it becomes. In a particle accelerator, protons are accelerated to almost the speed of light and smashed into each other. The high energy of these collisions allows the formation of new, more massive particles than protons – such as theHiggs boson – that physicists might want to study. Which particles might be formed and how much mass they have can all be calculated using Einstein's equation.

It would be nice to think that Einstein's equation became famous simply because of its fundamental importance in making us understand how different the world really is to how we perceived it a century ago. But its fame is mostly because of its association with one of the most devastating weapons produced by humans – the atomic bomb. The equation appeared in the report, prepared for the US government by physicist Henry DeWolf Smyth in 1945, on the Allied efforts to make an atomic bomb during the Manhattan project. The result of that project led to the death of hundreds of thousands of Japanese citizens in Hiroshima and Nagasaki.

Einstein himself had encouraged the US government to fund research into atomic energy during the second world war but his own involvement in the Manhattan project was limited because of his lack of security clearances. It is unlikely that Einstein's equation was much use in designing the bomb, beyond making scientists and military leaders realise that such a thing would be theoretically possible, but the association has stuck. 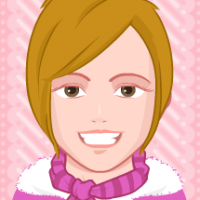