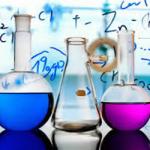 Flow distributor located at the beginning of the micromachined pillar array column (PAC) has significant roles in uniform distribution of flow through separation channels and thus separation efficiency. Chip manufacturing artifacts, contaminated solvents, and complex matrix of samples may contribute to clogging of the microfabricated channels, affect the distribution of the sample, and alter the performance of both natural and engineered systems. An even fluid distribution must be achieved cross-sectionally through careful design of flow distributors and minimizing the sensitivity to clogging in order to reach satisfactory separation efficiency. Given the difficulty to investigate experimentally a high number of clogging conditions and geometries, this work exploits a computational fluid dynamic model to investigate the effect of various design parameters on the performance of flow distributors in equally spreading the flow along the separation channels in the presence of different degrees of clogging. An array of radially elongated hexagonal pillars was selected for the separation channel (column). The design parameters include channel width, distributor width, aspect ratio of the pillars, and number of contact zone rows. The performance of known flow distributors, including bifurcating (BF), radially interconnected (RI), and recently introduced mixed-mode (MMI) in addition to two new distributors designed in this work (MMII and MMIII) were investigated in terms of mean elution time, volumetric variance, asymmetry factors, and pressure drop between the inlet and the monitor line for each design. The results show that except for pressure drop, the channel width and aspect ratio of the pillars has no significant influence on flow distribution pattern in non-clogged distributors. However, the behavior of flow distributors in response to clogging was found to be dependent on width of the channels. Also increasing the distributor width and number of contact zone rows after the first splitting stage showed no improvement in the ability to alleviate the clogging. MMI distributor with the channel width of 3 µm, aspect ratio of the pillars equal to 20, number of exits of 8, and number of contact zones of 3 exhibited the highest stability and minimum sensitivity to different degrees of clogging.

Naukaâs errant firings were likely the result of human errorâand they raise concerns about the future of the c...