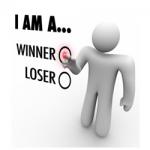 Intravenous (IV) subanesthetic doses of ketamine have been shown to reduce psychiatric distress in both major depressive (MDD) and posttraumatic stress disorder (PTSD). However, the effect of ketamine on cognitive function in these disorders is not well understood. To address this gap, we examined the effect of a single dose of IV ketamine on cognition in individuals with MDD and/or PTSD relative to healthy controls (HC). Psychiatric (n = 29; 15 PTSD, 14 MDD) and sex- age- and IQ matched HC (n = 29) groups were recruited from the community. A single subanesthetic dose of IV ketamine was administered. Mood and cognitive measures were collected prior to, 2 h and 1 day post-ketamine administration. MDD/PTSD individuals evidenced a large-magnitude improvement in severity of depressive symptoms at both 2-hours and 1 day post-ketamine administration (p’s < .001, Cohen d’s = 0.80–1.02). Controlling for baseline performance and years of education, IV ketamine induced declines in attention (ATTN), executive function (EF), and verbal memory (VM) 2 h post-administration, all of which had resolved by 1 day post-ketamine across groups. The magnitude of cognitive decline was significantly larger in MDD/PTSD relative to HC on attention only (p = .012, d = 0.56). Ketamine did not affect working memory (WM) performance. Cognitive function (baseline, change from baseline to post-ketamine) was not associated with antidepressant response to ketamine. Results suggest that while ketamine may have an acute deleterious effect on some cognitive domains in both MDD/PTSD and HC individuals, most notably attention, this reduction is transient and there is no evidence of ketamine-related cognitive dysfunction at 1 day post-administration.

Naukaâs errant firings were likely the result of human errorâand they raise concerns about the future of the c...