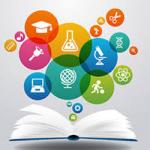 Born to run: Just not on cocaine

A study finds a surprising response to cocaine in a novel strain of mutant mice -- they failed to show hyperactivity seen in normal mice when given cocaine and didn't run around. In other tests, they still found cocaine appealing, but displayed an inability to shake the memory of cocaine's actions when the drug was no longer administered. The key change that blocks cocaine's stimulant effects in these mice is serotonin, not dopamine, which is responsible f..

The Secret Lives of Doctors — Dr. Janice Oliveri, the photographer