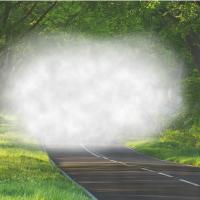 Astro QA 12: What are meteoroids? What is a meteor shower?

Astronomy is an interesting subject. But one of really annoying aspects about astronomy is that whatever we study in astronomy, are really big and most of the time they are far far away.  We can’t really collect samples or hold them in our hand.  But sometimes things can be a little bit different. There is a particular kind of astronomical object that we can even buy from online stores like ebay or amazon. -- Yes you guessed it correctly. These are the meteorites. But what are they?

Meteoroids are rocky or metallic objects that can range in size from small grains to several-kilogram bodies. Most meteoroids are pieces that have been blown or knocked off from larger objects, such as comets and asteroids. We made videos on comets and asteroids. So to know more about comets or asteroids click on the top right corner. But coming back to the topic - when a meteoroid comes close to the earth, earth’s gravitational field  attracts it. It rams through the earth’s atmosphere. The brief streaks of luminescence we call meteors are caused by the bits of meteoric material burning up as they pass through the upper atmosphere.

In any clear night if you look at the sky there is a good chance that you will see a meteor. You may think that earth is getting hit by only couple of meteors per day. But thats quiet not true. If we add up the mass of all the meteoroids you will find that everyday earth is bombarded with about 100 tons of meteoric materials.

A big misconception about meteor is that they get hot due to the friction with the air. Well thats partially true but the bigger contribution of the heat actually comes from the compression of air. We know that when we compress a gas it heats up. As a meteoroid is moving through our atmosphere at a hypersonic speed, sometimes around 70 km/sec, the gas in front of it gets highly compressed. It heats up the gas upto thousands of degree celsius.  This gas radiates the heat, heating up the meteoroid and finally burning most of it in the upper atmosphere.

Here is an interesting fact. If you are in the space station then you have to look down in the earth’s atmosphere to see the meteors.

Most of meteroids come from commets ot asteroids. Therefore, it is not uncommon for comets and asteroids to share their orbits with “streams” of meteoric material. Meteor showers occur when Earth passes through one of these streams.. In a meteor shower, the streaks of light  all appear to originate in the same place because all the meteors in the stream are passing Earth in the same direction at the same speed. The number of meteors visible during a particular shower depends on the density of the meteor stream.

How Shopify is leading the online resistance to Amazon