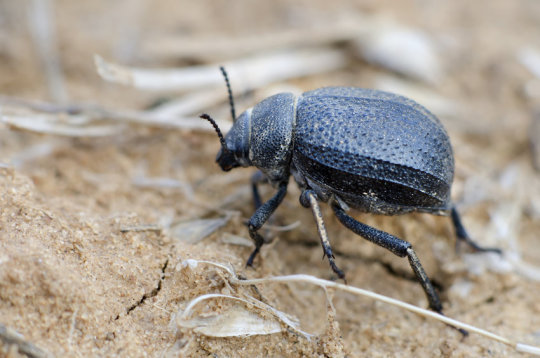 Researchers made a beetle-inspired surface that uses chemical micropatterns to control the growth of condensation and frost. They were even able to create a surface where inter-droplet ice growth is completely stopped.

In-plane frost growth on chilled hydrophobic surfaces is an inter-droplet phenomenon, where frozen droplets harvest water from neighbouring supercooled liquid droplets to grow ice bridges that propagate across the surface in a chain reaction. To date, no surface has been able to passively prevent the in-plane growth of ice bridges across the population of supercooled condensate.

Researchers demonstrate that when the separation between adjacent nucleation sites for supercooled condensate is properly controlled with chemical micropatterns prior to freezing, inter-droplet ice bridging can be slowed and even halted entirely. Since the edge-to-edge separation between adjacent supercooled droplets decreases with growth time, deliberately triggering an early freezing event to minimize the size of nascent condensation was also necessary.

The researchers describe how they used photolithography to pattern chemical arrays that attract water over top of a surface that repels water, thereby controlling or preventing the spread of frost.

The inspiration for the work came from an unlikely source -- the Namib Desert Beetle, which makes headlines because it lives in one of the hottest places in the world, yet it still collects airborne water.

The insect has a bumpy shell and the tips of the bumps attract moisture to form drops, but the sides are smooth and repel water, creating channels that lead directly to the beetle's mouth.

"I appreciate the irony of how an insect that lives in a hot, dry desert inspired us to make a discovery about frost," said Jonathan Boreyko, an assistant professor of Biomedical Engineering and Mechanics in the Virginia Tech College of Engineering. "The main takeaway from the Desert Beetle is we can control where dew drops grow."

Working at the Oak Ridge National Laboratory, the researchers developed their beetle-inspired, frost-controlling chemical pattern on a surface only about the size of a centimeter, but they believe the area can be scaled up to large surface areas with thirsty, hydrophilic patterns overtop of a hydrophobic, or water-repellant, surface.

"We made a single dry zone around a piece of ice," Boreyko said. "Dew drops preferentially grow on the array of hydrophilic dots. When the dots are spaced far enough apart and one of the drops freezes into ice, the ice is no longer able to spread frost to the neighboring drops because they are too far away. Instead, the drops actually evaporate completely, creating a dry zone around the ice."

Creating frost-free zones on larger surfaces could have a variety of applications -- consider the water that forms and freezes on heat pump coils or the deicing with harsh chemicals that has to take place on wind turbines or airplane wings.

"Keeping things dry requires huge energy expenditures," said C. Patrick Collier, a research scientist at the Nanofabrication Research Laboratory Center for Nanophase Materials Sciences at Oak Ridge National Laboratory and a co-author of the study. "That's why we are paying more attention to ways to control water condensation and freezing. It could result in huge cost savings."

The journey of frost across a surface begins with a single, frozen dew drop, the researchers said.

"The twist is how ice bridges grow," Boreyko said. "Ice harvests water from dew drops and this causes ice bridges to propagate frost across the droplets on the surface. Only a single droplet has to freeze to get this chain reaction started."

By controlling spacing of the condensation, the researchers were able to control the speed frost grows across surfaces, or completely prevent frost.

"Fluids go from high pressure to low pressure," Boreyko said. "Ice serves as a humidity sink because the vapor pressure of ice is lower than the vapor pressure of water. The pressure difference causes ice to grow, but designed properly with this beetle-inspired pattern, this same effect creates a dry zone rather than frost."

A portion of the research was conducted at the Center for Nanophase Materials Sciences, which is a Department of Engineering Office of Science user facility. The Department of Biomedical Engineering and Mechanics at Virginia Tech provided startup support.

These findings reveal that inter-droplet frost growth can be passively suppressed by designing surfaces to spatially control nucleation sites and by temporally controlling the onset of freezing events. 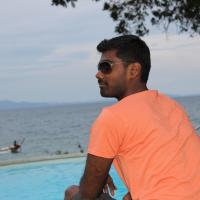