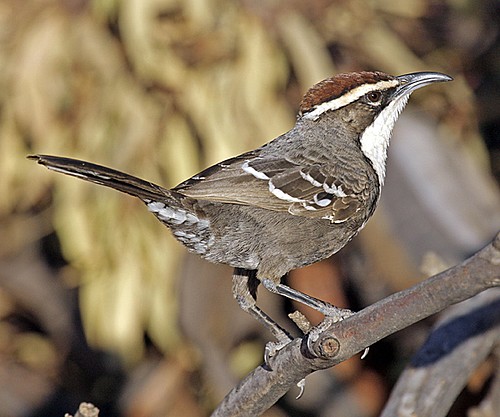 A bird known as the chestnut-crowned babbler can rearrange meaningless sounds to create meaningful signals—previously thought to be a uniquely human skill, researchers say.
“This is the first time that the capacity to generate new meaning from rearranging meaningless elements has been shown to exist outside of humans,” said Simon Townsend of the University of Zurich in Switzerland, co-author of a report on the findings. Although the babbler’s method is very simple, he added, “it might help us understand how the ability to generate new meaning initially evolved in humans.”
A highly social bird from the Australian Outback, the babbler may opt to rearrange existing sounds because it’s “quicker than evolving a new sound altogether,” said Andy Russell of the University of Exeter, another co-author.
Previous studies show birds can string “different sounds together as part of a complex song,” but usually “these songs generally lack a specific meaning,” said lead author Sabrina Engesser from the University of Zurich in Switzerland. Furthermore, “changing the arrangement of sounds within a song does not seem to alter its overall message.”
The babbler, by contrast, doesn’t sing. “Instead, its extensive vocal repertoire is characterized by discrete calls made up of smaller acoustically distinct individual sounds,” Engesser said.
The researchers noticed the babblers reused two sounds, which the investigators designated as “A” and “B,” in different arrangements when taking specific actions. When flying, they produced a flight call “AB”, but when feeding their babies they emitted what are known as prompt calls with the structure “BAB.”
When the researchers played the sounds back, they said, the birds showed they could tell them apart. The birds looked at the nests when they heard a feeding prompt call and looked out for incoming birds when they heard a flight call. This also worked when the researchers simply switched parts of the two calls in recordings—showing, they argued, that the two calls indeed came from rearrangements of the same sounds.
The authors say that in the chestnut-crowned babbler, the first sound element “B” is what seems to differentiate the meaning between flight and prompt vocalizations, akin to cat and at in English, where the c represents the meaning-differentiating element, or phoneme.
The findings are published in the research journal PLoS Biology.
Source : www.world-science.net
Journal Ref : Engesser S, Crane JMS, Savage JL, Russell AF, Townsend SW.Experimental Evidence for Phonemic Contrasts in a Nonhuman Vocal System. PLoS Biol, 2015 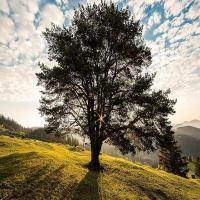