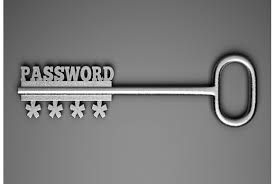 In today’s world of unending cyber attacks in all means of electronic communication and storage, security methods are need of the hour. Researchers from the Centre for Security Communication and Network Research (CSCAN) have devised a new multi-level authentication system - GOTPass, using images and a one-time numerical code which could be effective in protecting personal online information from hackers.

The traditional text-based password has been difficult to memorise. A possible alternative solution is graphical authentication, which is motivated by the fact that the capability of humans’ memory for images is superior to text.

GOTPass (Graphical One Time Password) would be applicable for online banking and other such services, where users with several accounts would struggle to carry around multiple devices, to gain access. It could also be easier for users to remember, and be less expensive for providers to implement since it would not require the deployment of potentially costly hardware systems.

Researchers have also published the results of a series of security tests, demonstrating that out of 690 hacking attempts -- using a range of guesswork and more targeted methods -- there were just 23 successful break-ins.

To set up the GOTPass system, users would have to choose a unique username and draw any shape on a 4x4 unlock pattern, similar to that already used on mobile devices. They will then be assigned four random themes, being prompted to select one image from 30 in each.

When they subsequently log in to their account, the user would enter their username and draw the pattern lock, with the next screen containing a series of 16 images, among which are two of their selected images, six associated distractors and eight random decoys.

Correctly identifying the two images would lead to the generated eight-digit random code located on the top or left edges of the login panel which the user would then need to type in to gain access to their information.

Initial tests have shown the system to be easy to remember for users, while security analysis showed just eight of the 690 attempted hackings were genuinely successful, with a further 15 achieved through coincidence.

Dr Maria Papadaki, Lecturer in Network Security at Plymouth University and director of the PhD research study, said: "In order for online security to be strong it needs to be difficult to hack, and we have demonstrated that using a combination of graphics and one-time password can achieve that. This also provides a low cost alternative to existing token-based multi-factor systems, which require the development and distribution of expensive hardware devices. We are now planning further tests to assess the long-term effectiveness of the GOTPass system, and more detailed aspects of usability.”

This method is just an alternative for the currently existing techniques of password setting. It will not take much time for the hacking experts to breach this wall of security and put on a tough fight with the cryptographic masters to invent and frame a more secure method.