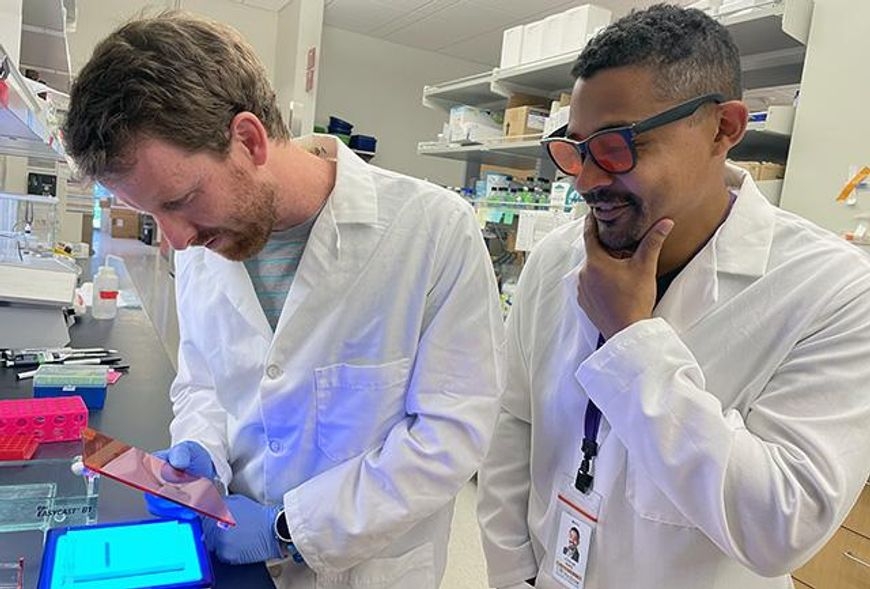 A new study shows how mutation of the ADAR1 gene sets off biochemical pathways that produce an autoimmune response that harms the developing brain and other areas of the body.
The ADAR gene contains instructions for making proteins used by the immune system. Normally, the body’s immune system fights off pathogens, foreign bodies, and cancers. An RNA-editing enzyme produced by the ADAR1 gene steps in to stop abnormal immune activation when the body misidentifies its own RNA.
Mutations in the ADAR1 gene are common in people of northern European descent. When a second specific mutation is also present in an individual, together they can contribute to a condition in which an embryo, fetus or newborn appears to be over-zealously fighting off a viral infection, but no causative pathogens are present. In people the disease is called Aicardi-Goutieres Syndrome.
While most babies with the mutation do not have symptoms, the severe forms of the condition can lead to cognitive impairment, additional neurological problems, and damage to other organs, like the kidneys and liver, and it can be fatal. While the two disorders are not considered related, the syndrome shares a few features with another autoimmune disease, systemic lupus erythematosus.
Because it looks like the baby is trying to overcome a virulent virus, but no actual infection can be detected, the disease appears to mimic an infection acquired just before or soon after birth.
Studying the immunological repercussions of this mutation, in addition to increasing critical knowledge to improve medical understanding about this devastating disease, can provide broader insights into some aspects of genetic and biochemical activities and interactions culminating in abnormal inflammation.
The findings of the research, conducted in mouse models, appear July 28 in the print edition of Nature. Here is the online copy of the paper. The study took place in the University of Washington School of Medicine  immunology labs of Andrew Oberst, Daniel Stetson and Ram Savan. It was led by Nicholas W. Hubbard, Joshua M. Ames and Megan Maurano.

They learned that a point mutation in a particular domain of the ADAR1 gene can lead to the activation of a mammalian protein known as ZBP1. This protein can trigger programmed cell death and as well as the orchestration of other gene activities in a dramatic response to a supposed threat.
The scientists found that ablating ZBP1 got rid of the apparent damaging effects from the ADAR1 mutation without eliminating the mutation's underlying inflammatory program. The loss of one of the genes involved in cell death also had some protective effects.  However, the scientists were surprised to see that, if they deleted it along with several other enzymes involved in cell death, the multiple deletions paradoxically made matters worse.
These findings suggest that RNA from within our own cells is altered by ADAR1, and that when this does not happen normally the result is activation of ZBP1. Unexpectedly, the study found that the damage that results from this ZBP1 activation is not related to activating cell death, the previously described function of ZBP1. Rather, their study suggests that mutation of the ADAR1 gene allows ZBP1 to signal for inflammatory responses that make the body attack its own tissues, even though there are no pathogens present to encourage a fight to take place.
In addition, the results from this study also point to a dual function of the enzyme caspase-8 as both an agent of programmed cell death as well as a suppressor of ZBP1 cell death and inflammation.
“Indeed, both the presence and absence of caspase-8 may drive pathology in ADAR1-mutant mice,” the scientists wrote in their Nature paper. They scientists think that two different types of programmed cell self-destruction, as well as the production of inflammation signals, may all contribute. These could occur in varying degrees, depending on cell and tissue types, to cause organ damage in animals that carry the two genes associated with the autoimmune disease under investigation.