New research : Happiness and unhappiness have no direct effect on mortality

A study of a million U.K. women has found that contrary to widespread belief, happiness or lack of it have no direct effect on mortality.
“Illness makes you unhappy—but unhappiness itself doesn’t make you ill,” said the study’s lead author, Bette Liu, summing up the findings. “We found no direct effect of unhappiness or stress on mortality, even in a ten-year study of a million women,” added Liu, who is now at the University of New South Wales in Australia.
The study was published Dec. 9 in the journal The Lancet.
Life-threatening poor health can cause unhappiness, the researchers said, and smokers tend to be less happy than non-smokers—two reasons why unhappiness and poor health can be linked. But that statistical connection vanished after taking account of previous ill health, smoking, and other lifestyle and socio-economic factors, the investigators said.
Three years after joining the study 10-year, women were sent a questionnaire asking them to rate their own health, happiness, stress, feelings of control, and whether they felt relaxed. Five out of six of the women said they were generally happy, but one in six said they were generally unhappy.
As in other studies, unhappiness was found to be associated with deprivation, smoking, lack of exercise, and not living with a partner. The strongest associations, however, were that the women who were already in poor health tended to say that they were unhappy, stressed, not in control, and not relaxed.
The main analyses included 700,000 women, average age 59 years, and over the next 10 years these women were followed by electronic record linkage for mortality, during which time 30,000 of the women died.
After allowing for any differences already present in health and lifestyle, the overall death rate among those who were unhappy was the same as the death rate among those who were generally happy, according to the authors.
They added that the study is so large that it rules out unhappiness being a direct cause of any material increase in overall mortality, in women. This was found to be true for overall mortality, for cancer mortality, and for heart disease mortality, and for stress as well as for unhappiness.
Source : www.world-science.net 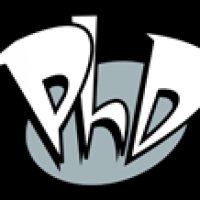