The phenomena of water escaping from Saturn - Magnetic reconnection explains it all !! 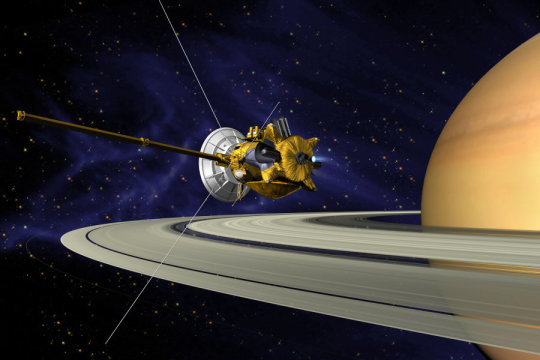 The research interest of astronomers have widened to such an extent that they have started investigating the happenings of all the other planets in the solar system and the activities taking place in their environment. Recently researchers from the Cassini research team have discovered how water ions escape from Saturn's environment. Water ions find a place to exhaust out of the magnetosphere of Saturn at a reconnection point -- basically where magnetic fields from one environment disconnect and reconnect with magnetic fields from another environment.

Magnetic reconnection is a fundamental process in solar system and astrophysical plasmas, through which stored magnetic energy associated with current sheets is converted into thermal, kinetic and wave energy

A University of Montana professor who studies astrophysics has discovered how water ions escape from Saturn's environment. His findings recently were published in the journal Nature Physics. UM Professor Daniel Reisenfeld is a member of the Cassini research team. Cassini is a NASA-managed probe that studies Saturn. It has been in orbit continuously collecting data since 2004.

One of the instruments on Cassini measures the planet's magnetosphere -- the charged particles, known as plasma, that are trapped in the space surrounding Saturn by its magnetic field. One of Cassini's past discoveries is that Saturn's plasma comprises water ions, which are derived from Saturn's moon Enceladus, which spews water vapors from its geysers. Knowing that the water ions would not be able to accumulate indefinitely, the team of researchers set out to explain how the water ions escape from Saturn's magnetosphere.

Reisenfeld likens the situation to a rotary or a traffic circle. Once you get into the rotary you have limited exit points. "If you can't find the exit, you keep going around in circles," he said. "So, the plasma around Saturn is basically trapped to go around the rotary. We assumed it had to escape somehow and somewhere, but actually finding the jettison point is pretty cool."

Saturn is a very rapidly rotating planet. This discovery will help scientists understand the physics of how other rapid rotators such as Jupiter, stars and pulsars expel their materials and the details of how it works. "It's very exciting to have discovered this reconnection location because reconnection is one of the holy grails of plasma physics," Reisenfeld said.

At this extent of research about extra-terrestrial activities Life seems to be possible apart from our planet Earth…Interesting…Isn’t it ? 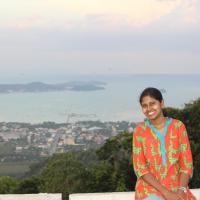