A red star visited our solar system 70000 years ago 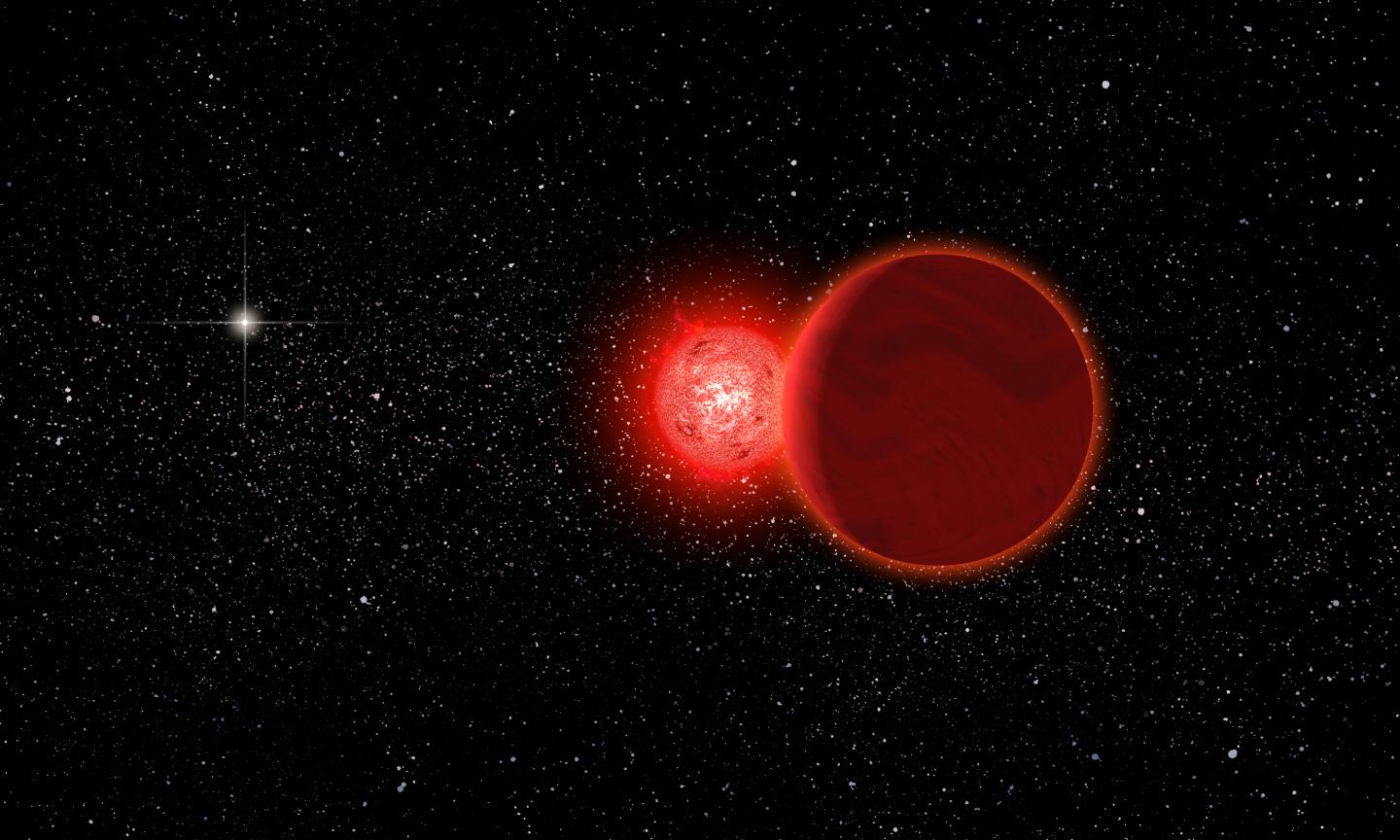 Astronomers have concluded that 70,000 years ago, a tiny, dim star probably grazed the solar system-crossing its distant cloud of comets, called the Oort Cloud.

No other star is known to have ever approached our solar system this close-five times closer than the current closest star, Proxima Centauri. On the other hand, that's still a thousand times further away from the Sun than the dwarf planet Pluto.

Astronomers reached the conclusion after analyzing the current speed and trajectory of a the now-faraway star, nicknamed “Scholz's star.” The star also has a small companion in the form of a brown dwarf, a type of “failed” star.

Researchers including Eric Mamajek of the University of Rochester in New York reported the findings in a paper published in Astrophysical Journal Letters.

The trajectory suggests, they said, that Scholz's star passed roughly 8 trillion kilometers, or 5 trillion miles, away. This equals 52,000 Earth-Sun distances away or about four-fifths of a light-year.

A light-year is the distance light travels in a year; our closest neighbor star Proxima Centauri is 4.2 light years distant.

The astronomers say in the paper that they are 98 percent sure that Scholz's star crossed the “outer Oort Cloud” – a region at the edge of the solar system filled with trillions of comets a mile or more across. Some of these have occasionally been thrown off track and started orbiting the Sun more closely, becoming what are known as “long-period” comets, though Mamajek said Scholz's star was probably not a major cause of this sort of event.

The star originally caught Mamajek's attention during a discussion with co-author Valentin D. Ivanov, from the European Southern Observatory. Scholz's star had an unusual mix of characteristics including that it was apparently moving directly away from our Solar system, and fast. Most stars as nearby as Scholz's show more sideways, or “tangential,” motion across the sky, said Mamajek.

Astronomers estimated its speed using the Doppler-shift method, which exploits the change in light rays coming from a moving object. This is analogous to what happens when an ambulance drives quickly away and the siren seems to drop in pitch. From this information, the researchers inferred what the star's past position must have been.

Until now, the top candidate for the closest flyby of a star to the solar system was the so-called “rogue star” HIP 85605, predicted to come close to our solar system in the next quarter-to-half million years. But Mamajek and his collaborators said it won't penetrate the Oort Cloud, based on their new calculations.

Mamajek carried out computer simulations of where Scholz's star could have traveled, working with former University of Rochester undergraduate Scott Barenfeld (now a graduate student at Caltech). Almost all the simulations showed the star passing through the outer Oort cloud. One out of 10 thousand run-throughs brought the star within the “inner” Oort cloud-which could have triggered a disastrous “comet shower” hitting Earth and other planets.

Today, Scholz's star is a small, dim “red dwarf” star in the constellation of Monoceros, about 20 light years away. It would have been too dim to see even when it was “here,” but flare-ups due to magnetic events could have changed that, once in a long while, for minutes or hours at a time, Mamajek said.

The star weighs only an estimated 8 percent as much as our sun, and its companion about 6 percent. The formal designation of the star is “WISE J072003.20-084651.2,” but it has been nicknamed “Scholz's star” to honor its discoverer, astronomer Ralf-Dieter Scholz of the Leibniz-Institut für Astrophysik Potsdam in Germany, who reported it in 2013.