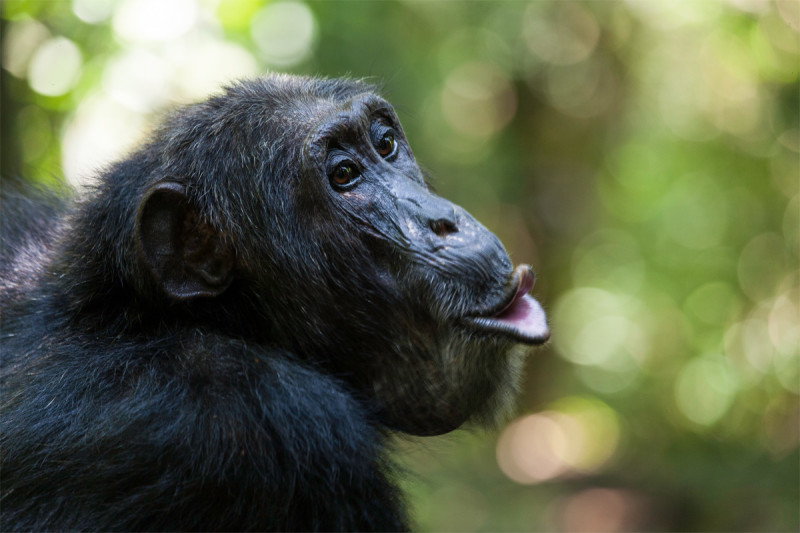 Captive chimps can learn grunts from each other that refer to specific foods, a study has found.

Chimpanzees produce different grunts when finding different food items, the researchers noted, but it has been hard to tell whether such grunts are an expression of excitement, or specific references to the objects.

The new study found that chimps can change the grunts as a result of contacts with other groups of chimps, similar to what humans do with words.

“Our study shows that chimpanzee referential food calls are not fixed in their structure and that, when exposed to a new social group, chimpanzees can change their calls to sound more like their group mates,” said co-researcher Katie Slocombe of the University of York in the U.K.

In 2010 the researchers got a chance to test whether chimps are capable of changing the calls when a group of adult chimps from Beekse Bergen Safari Park in the Netherlands moved in with a group of chimpanzees in Edinburgh Zoo.

According to the researchers, before the merger, both groups of chimps produced grunts that apparently referred to apples. Over time, though, the new chimps at the zoo changed their grunts for “apple” to match the other chimps' grunts for “apple.”

“The fact, that not only humans, but also chimpanzees learn object-specific calls suggests that our common ancestor that lived more than seven million years ago also possessed this ability,” said researcher Simon Townsend from the University of Zurich, one of the investigators.

The change in the call happened after the chimps formed friendships, the scientists observed. They added that the findings, reported in the journal Current Biology on Feb. 5, suggest that human language isn't as unique as previously thought in its ability to refer to external objects with socially learned symbols.