Ancient fossil shows birds flew over the heads of dinosaurs 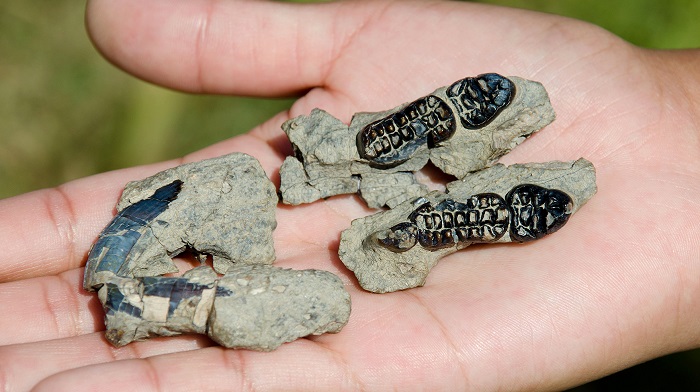 At least some of the most ancient birds, living in the age of the dinosaurs, flied as skillfully as many modern birds, results of a new study suggest.

Scientists studied the intricate arrangement of muscles and ligaments that controlled the main feathers of the wing of an ancient, toothed bird. These structures were “essentially modern” in arrangement, according to the researchers.

Birds have a long history: the earliest, the famed Archaeopterix, lived 150 million years ago in what is today southern Germany. But whether these early birds were capable of flying, and if so, well, has remained shrouded in scientific controversy.

Paleontologists in the new study analyzed what they called the exceptionally preserved wing of a 125-million-year-old bird from central Spain. Beyond the bones preserved in the fossil, the tiny wing reveals details of a complex network of muscles that in modern birds controls the fine adjustments of the wing's main feathers.

“The anatomical match between the muscle network preserved in the fossil and those that characterize the wings of living birds strongly indicates that some of the earliest birds were capable of aerodynamic prowess like many present-day birds,” said Luis M. Chiappe, the investigation's senior scientist.

“The new fossil provides us with a unique glimpse into the anatomy of the wing of the birds that lived amongst some of the largest dinosaurs,” said Chiappe, who directs the Dinosaur Institute at the Natural History Museum of Los Angeles County.

“Despite being skeletally quite different from their modern counterparts, these primitive birds show striking similarities in their soft anatomy,” added Guillermo Navalón, a doctoral candidate at the University of Bristol in the U.K. and lead author of the report, published in the journal Scientific Reports.

So ancient birds may have flown over the heads of dinosaurs, but some aspects of the precise flight modes of these early fliers still remain unclear, the authors added.