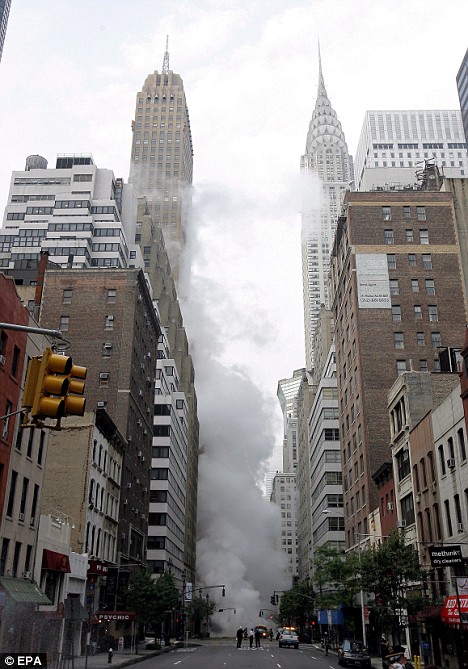 A tsunami 73,000 years ago may have generated waves at least 270 meters (890 feet) tall, almost as high as New York's Chrysler Building, a study claim.

However, the finding may not be the final word on a debate about ancient tsunamis, which other scientists have argued to be much smaller.

The monster wave described in the new study would make anything in known human history look puny. The biggest known recent tsunamis, which devastated the Indian Ocean's coasts in 2004 and eastern Japan in 2011, reached about 100 feet.

The ancient disaster seems to have swept up boulders weighing up to 770 tons like toy boats, according to scientists. For comparison, each such boulder would weigh the equivalent of about 20 eighteen-wheeler trucks packed with cargo.

The collapse of the side of a volcano triggered the event, according to researchers.

“Flank collapses can happen extremely fast and catastrophically, and therefore are capable of triggering giant tsunamis,” said lead author Ricardo Ramalho, who did the research as a postdoctoral associate at Columbia University's Lamont-Doherty Earth Observatory, where he is now an adjunct scientist.

“They probably don't happen very often. But we need to take this into account when we think about the hazard potential of these kinds of volcanic features.”

Most of the tsunamis in documented history, like the two events in Asia, are triggered in a different way, by movements of undersea earthquake faults.

Ramalho and colleagues worked in the Cape Verde Islands off West Africa. The study appeared Oct. 2 in the journal Science Advances.

The apparent collapse occurred at the Fogo volcano, one of the world's largest and most active island volcanoes. According to the researchers, the resulting tsunami engulfed Santiago Island 34 miles (55 km) away. It was uninhabited then, but a quarter of a million people live there today.

Fogo Volcano, towering 2,829 meters (9,300 feet) above sea level, is still active and erupts about every 20 years, most recently last fall.

There is no dispute that volcanic flanks present a hazard, Ramalho said; at least eight smaller collapses have occurred in Alaska, Japan and elsewhere in the last several centuries, and some have generated deadly tsunamis.

But many scientists doubt whether big volcanoes can collapse with the suddenness that the new study suggests. Rather, they envision landslides coming in gradual stages, generating multiple, smaller tsunamis. A 2011 French study also looked at the Fogo collapse, suggesting that it took place somewhere between 124,000-65,000 years ago; but that study said it involved more than one landslide. The French researchers estimate that the resulting multiple waves would have reached only 45 feet-even at that, enough to do plenty of harm today.

A handful of previous other studies have proposed much larger prehistoric collapses and resulting mega-tsunamis, in the Hawaiian islands, at Italy's Mt. Etna, and the Indian Ocean's Reunion Island. But critics have said these examples are too few and the evidence too thin. The new study adds a new possible example; it says the estimated 160 cubic kilometers (40 cubic miles) of rock that Fogo lost during the collapse fell all at once.

Several years ago, Ramalho and colleagues were working on Santiago when they spotted unusual boulders lying as far as 2,000 feet inland and nearly 650 feet above sea level. They're totally unlike the young volcanic terrain around them, Ramalho said; rather, they match marine-type rocks that ring the island's shoreline. Some weigh up to 770 tons.

The only realistic explanation the scientists could come up with: a gigantic wave must have ripped them from the shoreline and lofted them up. They came up with the size of the wave by calculating the energy it would have taken to accomplish this feat.

To date the event, in the lab Ramalho and Lamont-Doherty geochemist Gisela Winckler measured isotopes, or variants, of the element helium embedded near the boulders' surfaces. Such isotopes change depending on how long a rock has been lying in the open, exposed to cosmic rays. The analyses centered around 73,000 years-well within the earlier French estimate of a smaller event. The analysis “provides the link between the collapse and impact, which you can make only if you have both dates,” said Winckler.

Tsunami expert Bill McGuire, a professor emeritus at University College London who was not involved in the research, said the study “provides robust evidence of mega-tsunami formation [and] confirms that when volcanoes collapse, they can do so extremely rapidly.”

Based on his own work, McGuire said that such mega-tsunamis probably come only once every 10,000 years. “Nonetheless,” he said, “the scale of such events, as the Fogo study testifies, and their potentially devastating impact, makes them a clear and serious hazard in ocean basins that host active volcanoes.”

Ramalho cautions that the study should not be taken as a red flag that another big collapse is imminent here or elsewhere. “It doesn't mean every collapse happens catastrophically,” he said. “But it's maybe not as rare as we thought.”

James Hunt, a tsunami expert at the U.K.'s National Oceanography Centre who was not involved in the study, said the research makes it clear that “even modest landslides could produce high-amplitude anomalous tsunami waves on opposing island coastlines.” The question, he said, “is whether these translate into hazardous events in the far field, which is debatable.”

When Fogo erupted last year, Ramalho and other geologists rushed in to observe. Lava flows (since calmed down) displaced some 1,200 people, and destroyed buildings including a new volcano visitors' center. “Right now, people in Cape Verde have a lot more to worry about, like rebuilding their livelihoods after the last eruption,” said Ramalho. “But Fogo may collapse again one day, so we need to be vigilant.”