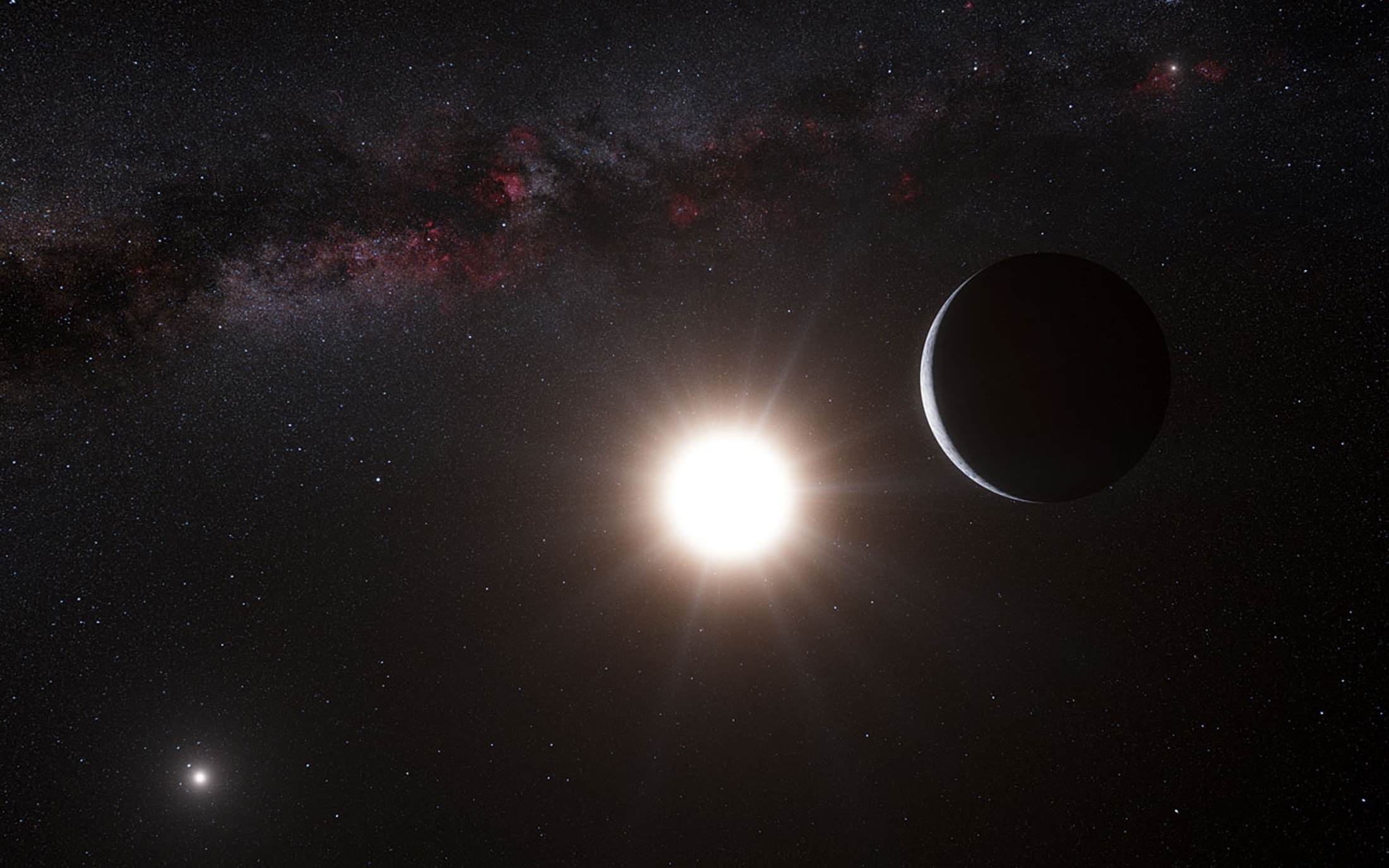 Astronomers say they have found two new planets, each orbiting one star-while the stars orbit each other. The researchers are calling the Jupiter-sized planets, tied in a strange, not-quite-sister relationship, “cousin planets.”

Most known planets outside our solar system orbit stars that drift alone, like our Sun.

Yet many stars are paired up in “binary” systems, twin stars formed from the same gas cloud, and which circle each other. Occasionally astronomers identify a planet that orbits an entire binary-star system, but researchers say this is the first case where each binary star seems to have its own separately orbiting world.

The findings, around stars known as WASP-94A and WASP-94B, were made by a team of British, Swiss and Belgian astronomers. The British WASP-South survey, operated by Keele University in the U.K., found tiny dips in the light of the first star, suggesting that a Jupiter-like planet was passing in front of it. Swiss astronomers then found evidence for planets around both stars.

“We observed the other star by accident, and then found a planet around that one also!” said Marion Neveu-VanMalle of Geneva Observatory, who wrote a paper on the findings. The report is online here.

The planets are of a type known as “Hot Jupiters,” which orbit so close to their suns that their “years” last only a few days. They are rare, the astronomers said, so it would be unlikely to find two such planets in the same star system by chance. Perhaps, they speculate, WASP-94 has just the right conditions for producing Hot Jupiters. If so, it could be an important system for studying their development.

The existence of huge, Jupiter-size planets so near to their stars is a long-standing puzzle, since it is believed they can't form near to the star, where it is far too hot. They must form much further out, where it is cool, then move closer, perhaps as a result of an interaction with another planet or star. The idea is that finding Hot Jupiters in two stars of a binary pair might allow us to study the processes that move the planets inward.