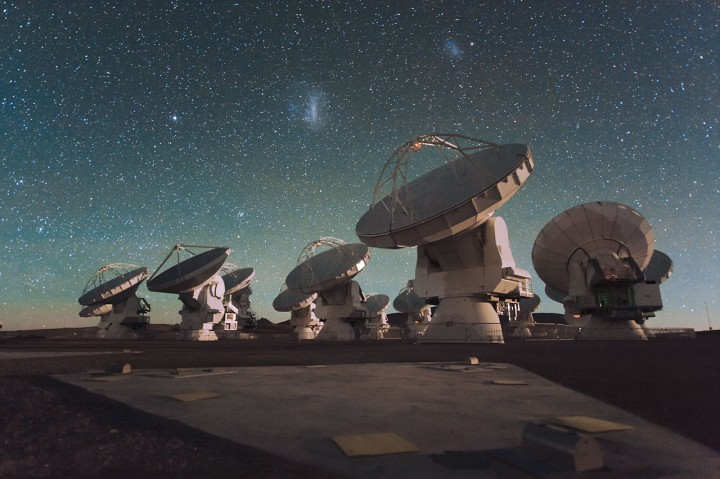 Out in space, astronomers have identified the most complex organic molecule yet-the types of molecules that serve as ingredients for life on Earth.

Organic molecules are molecules based on the element carbon. To date, only simple organic molecules had been identified in space, suggesting the possibility that the more complex types, needed for life, had to wait for the Earth to form before they could evolve.

Astronomers found the unusual carbon-based molecule while hunting from a distance of 27,000 light-years. A light-year is the distance light travels in a year. Using an observatory known as ALMA, for Atacama Large Millimeter/sub-millimeter Array, they studied a distant region of star-forming gases, called Sagittarius B2. The astronomers describe their findings Sept. 26 in the research journal Science.

Such is also the case with the newfound molecule-isopropyl cyanide-which makes it the first detection of such a molecule in space, said study collaborator Rob Garrod, senior research associate at the Center for Radio physics and Space Research at Cornell University in New York.

The finding lends weight to the idea that biologically crucial molecules, like amino acids commonly found in meteorites, form early in the process of star formation – even before planets such as Earth are formed, Garrod and colleagues said.

Garrod and colleagues sought to examine the chemical makeup of Sagittarius B2, a region close to the center of our galaxy, and rich in organic molecules. With ALMA, the group conducted a spectral survey – a search for the “fingerprints” of molecules – with sensitivity and resolution they said was 10 times greater than previous surveys.