Birds diversified in "big bang" after dinosaurs died out 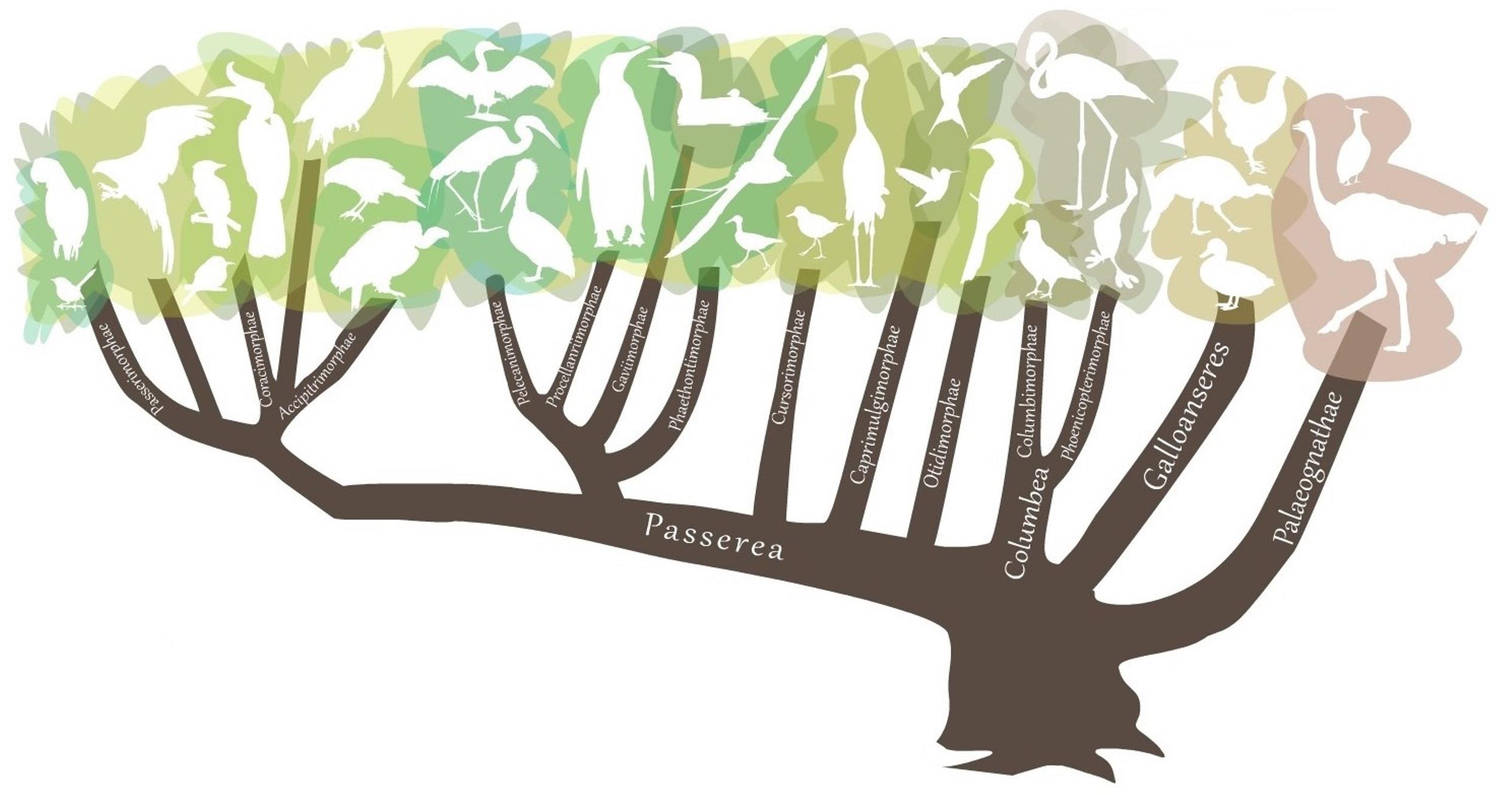 A major new study sheds new light on how and when birds evolved and acquired features such as feathers, flight and song, scientists say.

The study charts a burst of evolution that took place after the dinosaurs suddenly died out, about 66 million years ago. Scientists say this burst occurred as new forms exploited opportunities left open by the absence of the dinosaurs, some of which were the ancestors of these same birds. Within 10 million years, researchers found, the avian explosion created representatives of nearly all the major bird lineages with us today.

The four-year project decoded and compared the entire genetic fingerprint of 48 bird species to represent all these lineages-including the woodpecker, owl, penguin, hummingbird and flamingo.

Researchers also compared these genomes with those of three other reptile species and humans.

They found that birdsong evolved separately at least twice. Parrots and songbirds gained the ability to learn and mimic vocal activity independently of hummingbirds, despite sharing many of the same genes.

The findings are considered important because some of brain processes that are involved in bird singing are also associated with human speech.

Birds are the most geographically diverse group of land animals. They help scientists investigate fundamental questions in biology and ecology and they are also a major global food resource, providing meat and eggs.

More than 200 scientists contributed to the Avian Phylogenomics Project, which was led by BGI in Shenzhen, China, the University of Copenhagen, Duke University in North Carolina, the Howard Hughes Medical Institute based in Chevy Chase, Md., and the Natural History Museum of Denmark. The findings are published in 23 scientific papers, including eight in the journal Science.

Building on this research, scientists at the National Avian Research Facility in Edinburgh have created 48 databases to share and expand on the information associated with the birds' genomes. They hope that researchers from around the world will continue to upload their own data, offering further insights to the genetics of modern birds.

Such information is expected to be useful for helping scientists to understand why infectious diseases, such as bird flu, affect some species but not others.

“This is just the beginning. We hope that giving people the tools to explore this wealth of bird gene information in one place will stimulate further research,” said David Burt, acting director of the National Avian Research Facility at the University of Edinburgh's Roslin Institute.

“Ultimately, we hope the research will bring important insights to help improve the health and welfare of wild and farmed birds.”