Birds "in love" are more successful in producing babies 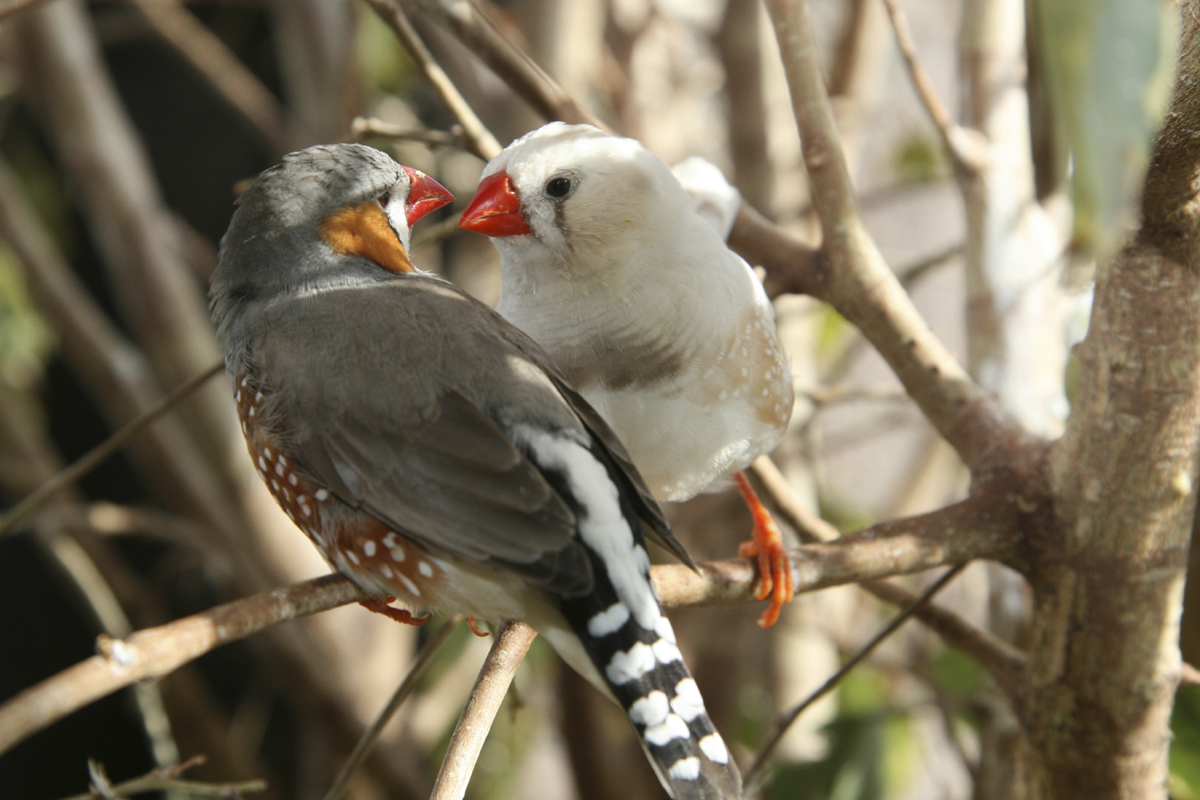 p>
Evolution basically directs us to mate so that we'll have children. So, as Tina Turner asked, what's love got to do with it? What concrete benefits does love provide that outweigh the many and considerable difficulties that the search for love entails?

In short, why did evolution create love?

Scientists have asked the question, but the necessary experiments to answer it, if done rigorously on people, might lead to a nightmare in terms of scientific ethics.

So a team of researchers opted instead to test out the matter on zebra finches, small Australian birds whose mating practices are surprisingly human-like in some ways. The scientists divided the finches into to groups corresponding-more or less-to marriages of free choice versus arranged marriages.

The reported result: “loving” pairings led to more sex, better parental care and ultimately more successful breeding. The findings are consistent with some studies on the differences between love-based and arranged marriages in human society, the investigators said.

Zebra finches mate monogamously for life and share parenting duties. Females choose mates in an individual-specific way, with little agreement among them as to who the cutest male is. The researchers-Malika Ihle and colleagues at the Max Planck Institute for Ornithology, Seewiesen, Germany-used a population of 160 birds. They set up a speed-dating session, leaving groups of 20 females to choose freely between 20 males.

Once the birds had paired off, half of the couples were allowed to go off into a life of wedded bliss. For the other half, however, the authors intervened like overbearing Victorian parents, splitting up the happy pair, and forcibly pairing them with other broken-hearted individuals.

Bird couples, whether happy or somewhat disgruntled, were then left to breed in aviaries, and the authors assessed couples' behavior and the number and paternity of dead embryos, dead chicks and surviving offspring.

The final number of surviving chicks was 37 percent higher for individuals in chosen pairs than those in non-chosen pairs, the researchers said, in findings they reported Sept. 14 in the research journal PLoS Biology.

The nests of non-chosen pairs had almost three times as many unfertilized eggs as the chosen ones, they found. Moreover, a greater number of eggs were either buried or lost, and markedly more chicks died after hatching. Most deaths occurred within the chicks' first 48 hours, the investigators found, amid markedly less diligent fatherly care.

The courtships themselves showed noticeable differences, the scientists said.

Although non-chosen males paid the same amount of attention to their mates as the chosen ones did, non-chosen females were far less receptive to their advances, and tended to copulate less often. An analysis of harmonious behavior concluded that non-chosen couples were generally significantly less lovey-dovey than the chosen ones. There was also more infidelity in birds from non-chosen pairs-interestingly, more of it from the males, and increasing over time.