Blackmailing is essential for marriage to evolve 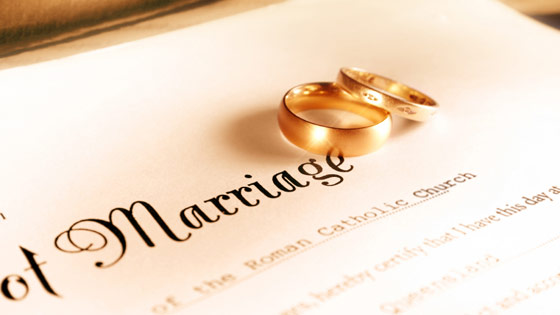 The institution of marriage might not have successfully taken root unless blackmail was common in ancient human societies, a provocative new study claims.

A tradition publicly and proudly displayed in almost every community, marriage is sometimes symbolized by white trappings meant to convey that it is something pure. But it may have largely been kept that way thanks to a dark enforcement mechanism lurking quite out of public view-and to the fear of it, according to the researchers, who developed mathematical formulas and computer simulations in support of their theory.

The study, which attempts to describe marital relationships with mathematics as it might apply to a strategy game, is published in the Nov. 29 online issue of the research journal BMC Evolutionary Biology.

The researchers with the Indian Institute of Science Education and Research in Pune, India and North Dakota State University in Fargo, N.D. said they set out to explore the “conundrum” of why males and females sacrifice their direct self-interest to get involved in marriage.

Both males and females can boost their individual reproductive success through promiscuity. Yet the marriage institution has succeeded in at least limiting unapproved relationships, while confining many of those that remain to the shadows of secrecy.

While faithfully committed marriage is a good strategy for raising children, that doesn't explain how it has remained stable over time, added the researchers, Milind Watve of the Indian Institute and colleagues. They estimate that monogamous relationships have been a feature of human mating for millions of years. As evidence they point out that human males and females have always been fairly similar in size, a factor associated with lack of promiscuity across many species.

Part of the enforcement mechanism that supports marriage is “mate guarding,” they noted-the man and woman directly monitor each other and retaliate for cheating. A range of animals also practice mate guarding. But the math suggests mate guarding isn't enough to enforce stable monogamy, Watve and colleagues claim, especially since this takes a substantial investment of energy from both parties.

Instead, they argue that at least among humans, “social policing” is also necessary. In plain English, that's the gossip factor. Gossip helps expose cheaters, who in many societies suffer ensuing punishments ranging from ostracism to death. Gossip may also be more efficient than mate guarding because it's easier: in place of sustained and focused monitoring of a person, occasional, incidental observations may suffice.

But this begs the question, the researchers note, of why people gossip, given that this chatter also costs some time and effort from everyone involved. A glib answer might be that gossip is fun, but not everyone finds it so, and our species as a whole might conceivably have evolved to find gossip unbearable rather than enjoyable.

The mathematical model developed by Watve and colleagues “indicates that obligate monogamy is made possible by blackmailing,” they wrote.

“We therefore argue that during the evolution of mating systems, which is considered as a main driving force for the evolution of [the] human social system, monogamy was maintained by social policing with opportunistic blackmailing,” they added.

The real police, of course, don't like blackmailers much, something all players must take into account. But formal policing is a very recent phenomenon with little relevance to human evolution as it has played out over an estimated six million years. That's the time since biologists say the lineages leading to modern humans and their closest living relatives, the chimps, became separate.

One thing the model doesn't explain is how monogamy has arisen some animal species, the researchers admit. It could be that among in non-humans matings outside the monogamous relationship are more strongly limited by shortage of opportunities, they speculated, but this remains to be seen.