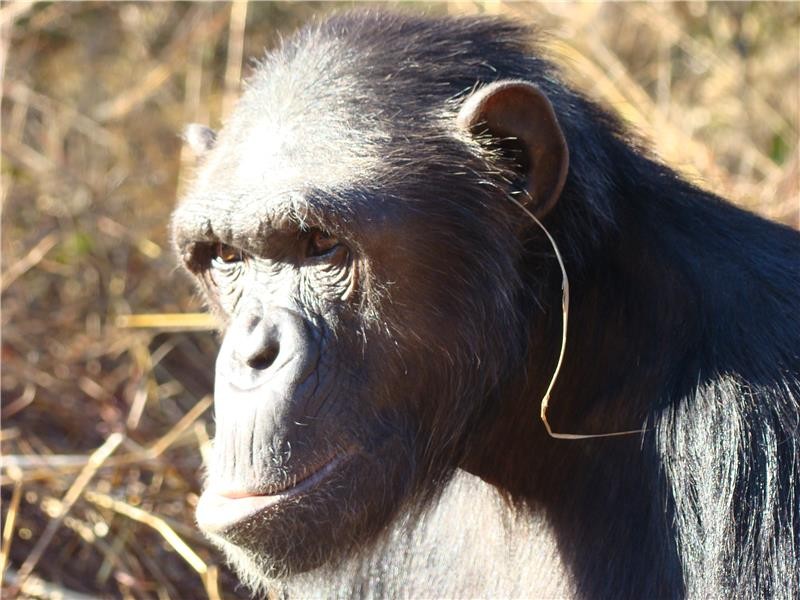 Such are the find¡ings of an in¡terna¡t¡ional group of sci¡en¡tists, who wad¡ed through over 700 hours of vi¡deo foot¡age to un¡der¡stand how it came about that one chim¡pan¡zee stuck a piece of grass in her ear and started a new trend.

Unfortunately, Julie, the in¡vent¡or of the trend, died. It continued without her.