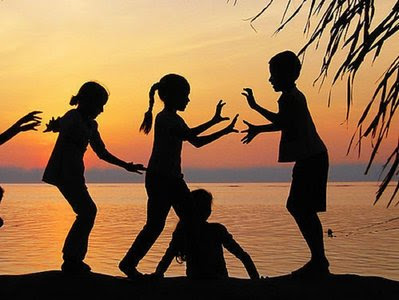 Could simple anger have taught people to cooperate?

While researchers don't agree on how humans first developed the exceptional level of cooperation they show in today's societies, a few basic ideas are often bandied about the scientific literature. A new study is challenging one of the leading theories, though, to replace it with a simpler notion: humans learned to ...

While researchers don't agree on how humans first developed the exceptional level of cooperation they show in today's societies, a few basic ideas are often bandied about the scientific literature.

A new study is challenging one of the leading theories, though, to replace it with a simpler notion: humans learned to cooperate because they didn't want to make the neighbors angry.

The research forms a counterpoint to a growing stack of studies arguing that police-like behaviors play leading roles in the development of cooperation, by helping to enforce standards of conduct.

How cooperation became common in any social species has long been a major question mark. Evolutionary theory, the main tool biologists use to explain such things, fails to directly explain this one, and on the surface in fact seems to indicate it could not happen. Yet all sorts of creatures cooperate-and humans, scientists say, are the only ones who cooperate in large groups with non-kin and strangers.

Proposing that some members of a community tend to take on policing roles, self-appointed or otherwise, is a potential solution that has intrigued many researchers. It has a tantalizing basis in biology: creatures as simple as bacteria have been documented to adopt police-like behaviors to uproot freeloaders and cheaters from their midst. Researchers such as Ernst Fehr of the University of Zurich have enlisted people in game-experiments in which they can win money if they're generous among each other-but may win more by freeloading on the larger group's generosity, at some cost to the group. When players also have a chance to financially penalize these free-riders, they do so even if it hurts them-and cooperation goes up, Fehr and colleagues found. Mathematical models have also been drawn up showing how such â€śthird-party punishment,â€ť or punishment on behalf of a community, can make sense as part of an evolutionary picture.

But researchers including Frank J. Marlowe of the University of Durham, U.K., argue that there's one problem here. In the simplest real human societies, people who punish others on behalf on the public good seem to be woefully few, yet sharing and cooperation are still common. In a new study, Marlowe, with a group of U.K. and U.S. colleagues, claim that the avengers of the wronged are unnecessary to explain human cooperation-except if we're talking about people avenging themselves.

â€śMotivated by the basic emotion of anger,â€ť people's tendency to retaliate on their own behalf is â€śsufficient to explain the origins of human cooperation,â€ť the researchers wrote in the July 22 issue of the research journal Proceedings of the Royal Society B.

This tendency is â€śmore universalâ€ť than punishment of wrongdoers on behalf of third parties, they added, labeling this direct sort of retaliation â€śsecond party, ‘spiteful' punishment.â€ť

Marlowe and colleagues drew on published descriptions of small-scale foraging societies that plausibly could have been like early human communities. They also drew on the results of additional experimental games, these conducted with members of such small societies as well as larger ones. The games were aimed at gauging people's willingness to be generous and, on the flip side, to retaliate for uncooperative behavior.

These experiments and descriptions, they said, show that small societies are less generous and less given to engage in â€śthird-party punishmentâ€ť than large societies. However, their members are every bit as willing to avenge themselves, even at a cost, they added.

Several games were played. In the simplest, designed to measure generosity, the researcher hands some money to a subject, who is asked to give some of it to another player if he or she wants. The experimenter records what this first player decides to do, and the â€śgameâ€ť ends there. In another, the player is again asked to offer some of the money to another player, but that other player is advised that they can reject the money if, for example, the offer seems insultingly small. If they reject the offer, both players get nothing: it's a game designed to gauge people's willingness to dish out â€śspitefulâ€ť punishment.

â€śIn real life,â€ť such seemingly spiteful behavior probably pays off eventually, Marlowe and colleagues wrote, because others learn they can't easily get away with handing the punisher a raw deal.

In a third game, a player gets to punish a second player who they feel gave a bad deal to a third player, by depriving them of all their allotted money. The catch is that the first player has to give up one-fifth of their own allotment to do this. This game is designed to mimic the role of the enforcer who punishes miscreants on behalf of society.

The findings do show that in large societies, â€śthird-party punishmentâ€ť is important and indeed more common than direct revenge, the researchers found. â€śPunishers may get a reputation as good citizens and might be rewarded for enforcing standards of fairness for the larger group,â€ť explaining their prevalence in larger societies, Marlowe and colleagues wrote. But people in very small societies are â€śless willingâ€ť to do that, and instead more often punish those who have directly slighted them.

â€śWhat is special about humans is the willingness to be spiteful to force cooperation,â€ť Marlowe and colleagues concluded.