Differences in longevity may show up at middle age 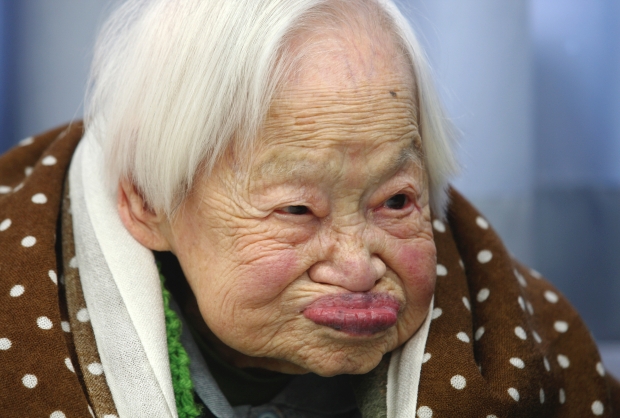 Organisms with lifespan-boosting genes may start to show that advantage most strongly after hitting middle age, if a new study with tiny worms is any indication.

Why some people live much longer than others is largely a mystery. The new study reports that in roundworms, characteristics of their metabolism may accurately predict how long they live.

Worms with a longevity-conferring mutation, it appeared, are “are metabolically youthful compared to wild-type worms, but... this relative youth only appears in middle age,” the researchers wrote, reporting their findings Sept. 18 in the Journal of Proteome Research. The scientists say further work is needed to investigate how this happens.

Other than addressing our curiosity and fears about growing old, predicting longevity has practical applications for retirement investing and health care planning, not to mention insurance companies.

Current techniques that estimate how long people will live weigh factors including where they live, family medical histories and lifestyle choices. To improve these predictions, researchers have started drawing from genetics, but DNA only tells part of the story.

The scientists, Armand M. Leroi of Imperial College London and colleagues, studied the metabolic profiles of the tiny worm Caenorhabditis elegans to see if they could find patterns related to life expectancy.

The researchers compared metabolic changes in normal worms with those of long-lived ones that had a genetic mutation known as daf-2(m41). By profiling 26 metabolites, or breakdown products of metabolism, the investigators said they could predict the worms' lifespans.

The team also found that the two types of worms aged at different rates. When the worms with a normal lifespan hit middle age, their metabolic profiles indicated that they started getting older about 40 percent faster than when their long-lived counterparts hit middle age.