Dogs Know What That Smile on Your Face Means 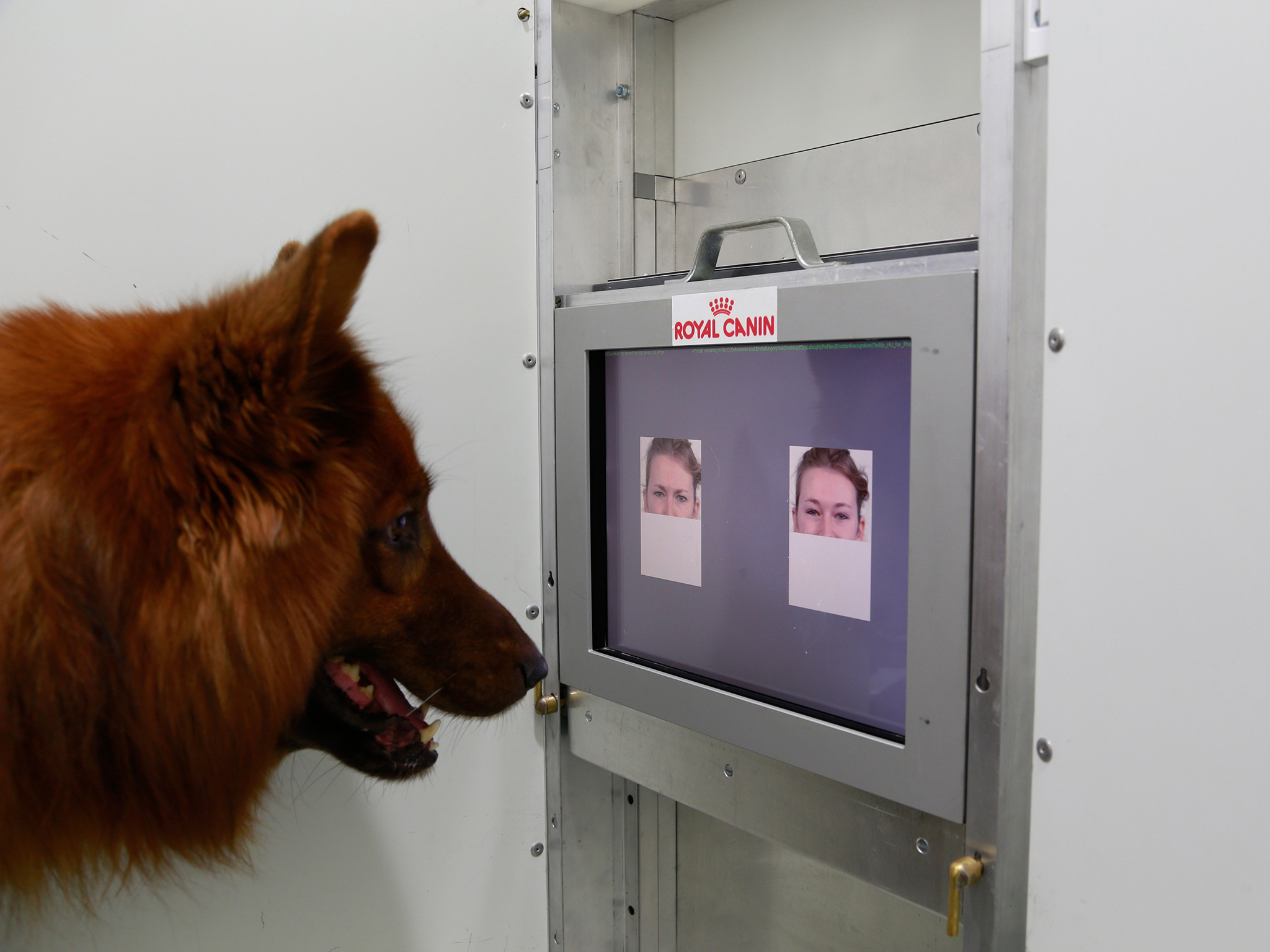 Dogs can tell apart different human facial expressions in photographs, and evidence suggests they prefer to approach “happy” rather than “angry” photos, according to a study.

Scientists presented photos of happy and angry women's faces side-by-side on a touch screen to 20 dogs. During a training phase, dogs from one group were trained to touch images of happy faces. The other group was rewarded for choosing angry faces.

To rule out that the animals were choosing based on obvious differences between the pictures, such as teeth or frown lines, the researchers split the images horizontally so that during the training phase the dogs saw either only the eye area or only the mouth area.

Most dogs learned to tell apart the happy and angry halves, the researchers said. They subsequently also managed to identify the mood in new faces as well as in face halves that they hadn't seen during the training.

The findings were published Feb. 12 in the research journal Current Biology.

Dogs trained to choose the happy faces mastered the task significantly faster than those who had to choose the angry faces, said study director Ludwig Huber, of the Messerli Research Institute in Vienna, Austria.

“It seems that dogs dislike approaching angry faces,” he added.

“We believe that dogs draw on their memory during this exercise. They recognize a facial expression which they have already stored,” added Corsin M³ller of the institute, one of the researchers. “We suspect that dogs that have no experience with people would perform worse or could not solve the task at all.”

Dogs have a much better sense of smell and hearing than humans, but the resolution of their vision is about seven times lower, the scientists explained. “It had been unknown that dogs could recognize human emotions in this way. To better understand the development of these skills, we want to perform similar tests also with wolves,” said Huber, whose team has spent the past three years investigating whether dogs understand the emotions of people and other dogs.