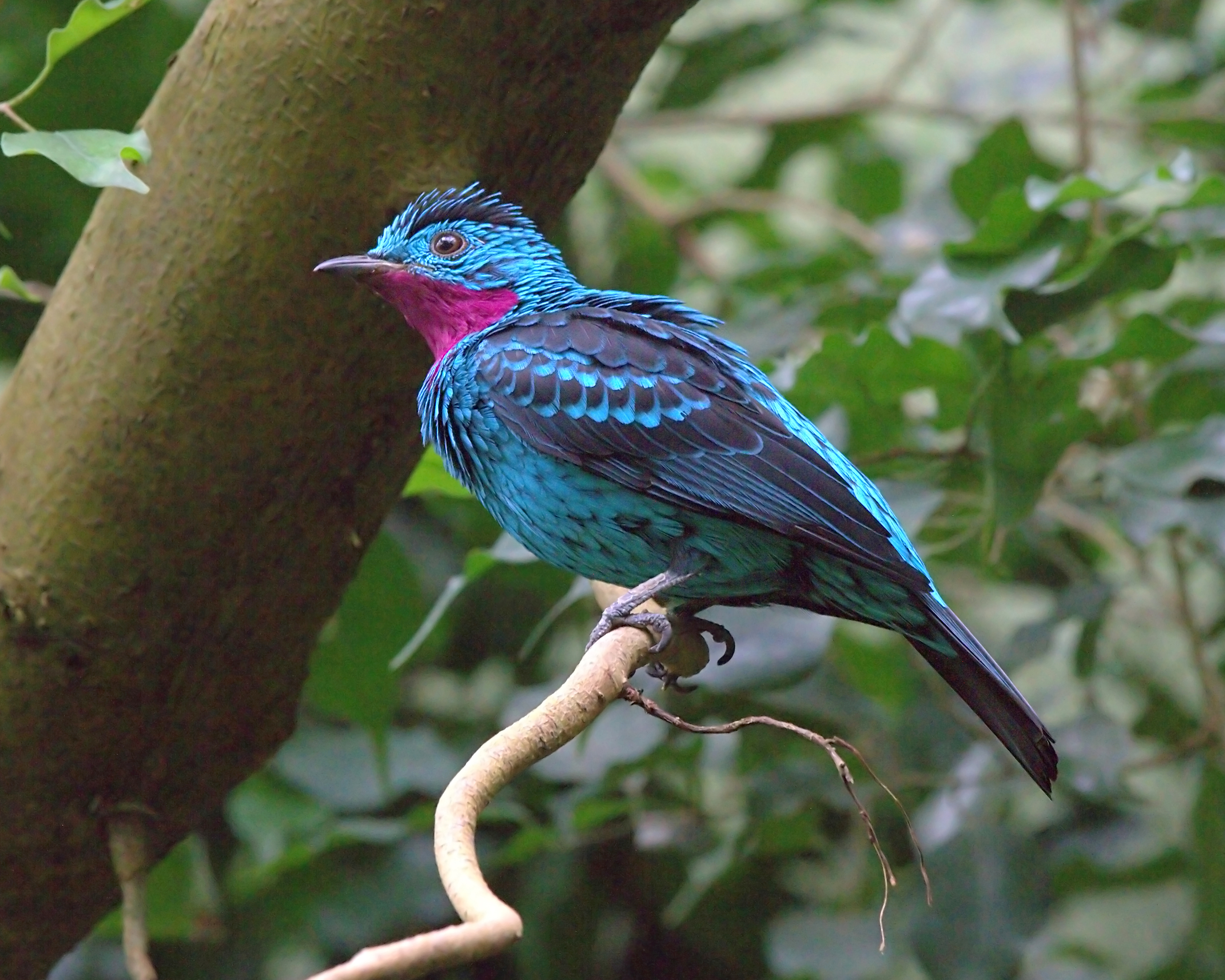 They're some of the brightest, loudest, oddest-looking, least-understood birds. Some have bulbous crests, long fleshy wattles, or Elvis-worthy pompadours in addition to electric blue, deep purple, or screaming orange feathers.

But thanks to a comprehensive new evolutionary “tree of life” generated for the tropical cotinga family of South America, scientists say the door is now open to new discoveries about the more than 60 species in this amazingly diverse group.

“Our study provides comprehensive insight into how nearly all the cotinga species are related to each other going all the way back to their common ancestor,” said Jake Berv, a doctoral student in evolutionary biology at Cornell University in Ithaca, N.Y. “No previous attempts to understand the evolutionary history of this group have included genetic samples from nearly all the existing species.”

The study is published in the journal Molecular Phylogenetics and Evolution.

Berv began sequencing DNA samples and compiling data in late 2010 while working as a lab technician at Yale University with co-author Rick Prum, an expert on cotingas. Understanding how one species is related to another within this group allows scientists to trace the evolution of specific traits and behaviors.

Berv and Prum have already started to do that. They wanted to learn if the evolution of differently-colored males and females in this bird group (called sexual dimorphism) is directly linked to a breeding system in which males have multiple mates (called polygyny).

Darwin theorized that the increased evolutionary pressures related to polygyny spurred the development of color differences between the sexes. This appears to be true for many species-but not the cotingas, biologists say. When Berv and Prum examined patterns of evolution for these two traits across their new tree of life, it turned out they didn't perfectly match up.

But the investigators said such pressures, known as sexual selection, seem to have played a role in the evolution of non-plumage gender differences in some cotinga species. “In one case, the Screaming Piha, the males and females look alike but the male sings one of the loudest songs on the planet,” said Yale's Prum.

“One of the biggest analytical differences between what we've done and past work is that we used a ‘species tree' approach, which is potentially more accurate than what is typically applied to genetic data,” Berv said. “We ran our data through more traditional types of analyses as well, and all of them strongly supported a consistent evolutionary ‘tree of life.'”