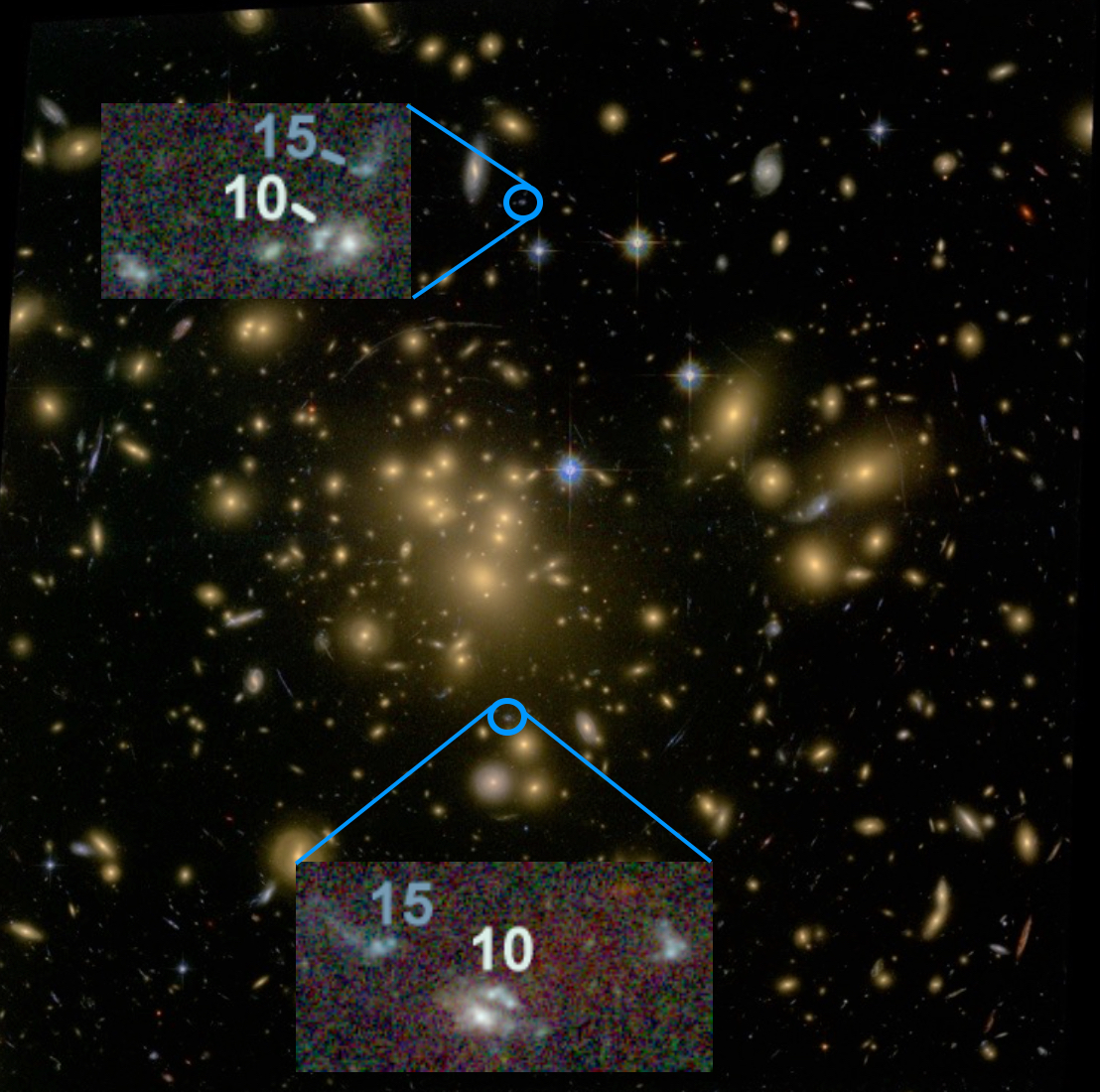 Vast clusters of galaxies may have formed billions of years ago amid “fireworks,” forming new stars at a breakneck pace compared to the more staid galaxies of today, scientists say.

Cosmologists in a new study identified what they said could be baby galaxy clusters, by combining observations of the distant universe made with the European Space Agency's Herschel and Planck space observatories.

Galaxies such as our Milky Way, with its 100 billion stars, are seldom found alone. Many are in dense clusters of tens or even hundreds of galaxies. These clusters haven't always existed, and how they came to be is considered a key question in explaining their evolution.

In the research, astronomers found objects seen at a time when the universe was an estimated 3 billion years old, only about a fifth of its current age. Because light takes time to travel, looking far enough away reveals objects as they looked when they gave off the light that we detect from them.

“In contrast to previous observations, for which the odd one or two baby clusters was found which one would put in a zoo, we now have found a real sample of 200 baby clusters,” said Brenda L. Frye of the University of Arizona's Steward Observatory, who was involved in the research.

Planck was designed mainly to provide the most precise map of radiation left over from the Big Bang. But it also scanned the sky at wavelengths, or “colors,” not directly tied to that project. It was in some of this data-the “short-wavelength” data-that scientists were able to identify 234 bright sources of light with characteristics suggesting they were in the distant, early universe.

Data from another space observatory, Herschel, revealed that the vast majority of these sources are consistent with dense concentrations of galaxies in the early universe, vigorously forming new stars, the investigators said.

Each of these young galaxies was seen to be converting gas and dust into stars at a rate equivalent to a few hundred to 1,500 suns per year, according to astronomers. By comparison, our own Milky Way galaxy today is producing an average of just one.

“It was not known whether young galaxies form stars gradually, like marathon runners pacing themselves, or in bursts,” Frye said. “It turns out these young galaxies were not forming slowly, but in a dramatic way. Lighting up with star formation, they appear like fireworks going off in the sky. It's like sprinting the first mile of a 26-mile marathon, and then walking the rest of the way.”

Because of their extreme distance, astronomers would not be able to see these “fireworks” in single galaxies, but because most occur in clusters, they look bright. However, here and there, they detected single galaxies that appeared much brighter than they should.

“In a small number of cases, we are finding only one object instead of a cluster, which we shouldn't be able to see, so there is some other mystery there,” Frye said.

Frye was called to join the research team to study those rare cases of “mystery fireworks galaxies” in part because of her expertise in “gravitational lensing,” an effect in which gravity from heavy objects bends the light from other objects.

“The answer is that these objects are brightened up by what you could call a natural telescope in space,” she explained. “In a few cases, we can see individual far-away galaxies lighting up with star formation because they are situated along just at the right line of sight where their light passes through a massive galaxy clusters close to Earth.”

As predicted by Einstein's Theory of General Relativity, the foreground cluster bends the light from the background galaxy due to its gravity, leading to a brighter image of the far-away galaxy.

“Why we find these enigmatic examples of single ones when they should be in clusters, is what we're studying here” at the university, Frye said. “These might be fainter examples in general, or they, too, may have friends, which haven't turned on their fireworks just yet.”

While the astronomers haven't proved the ages and luminosities of many of the newfound galaxy concentrations, they say these are the best candidates yet found for “proto-clusters” - precursors of modern large, mature galaxy clusters.

“Hints of these kinds of objects had been found earlier in data from Herschel and other telescopes, but the all-sky capability of Planck revealed many more candidates for us to study,” said Hervé Dole of the Institut d'Astro physique Spatiale in Orsay, France. Dole is the lead scientist of the analysis, published in the journal Astronomy & Astrophysics. “We still have a lot to learn about this new population, requiring further follow-up studies with other observatories. But we believe that they are a missing piece of cosmological structure formation.”