Giant planet with a comet-like tail orbiting its sun 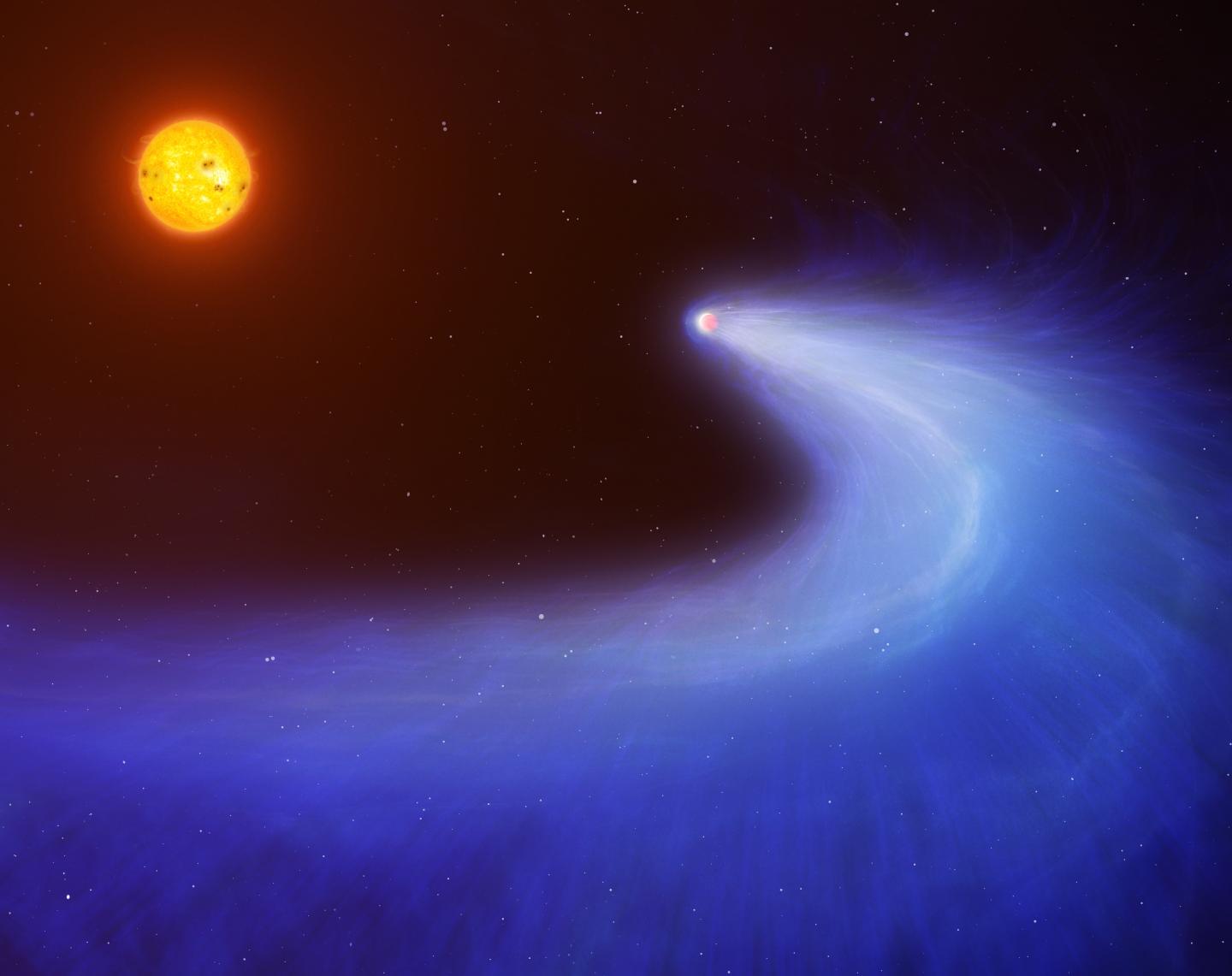 A giant planet is orbiting its sun while sporting a comet-like tail, which consists of hydrogen gas drifting away from its surface, according to astronomers.

The scientists attribute the effect to high-energy light from the star that is pushing hydrogen off the planet's upper atmosphere.

The findings concerning the alien world, about the weight of Neptune, are reported in this week's issue of the research journal Nature.

Researchers had previously suggested that small planets orbiting close to their parent stars could lose some fraction of their atmospheres in this way, but confident measurements of such losses had been lacking, according to the authors of the new study.

Peter Wheatley of the University of Warwick in the U.K. led an x-ray observation project to trace the heating of the atmosphere of the planet.

The observations, he said, reveal “a large cloud of hydrogen gas absorbing the light from a red dwarf star as its exoplanet, GJ 436b, passes in front.” An exoplanet is a planet outside our solar system, and a red dwarf star is a small, relatively cool, low-burning star.

“The cloud forms a comet-like tail as a result of ultraviolet light coming from the star pushing on the hydrogen and causing it to spiral outwards,” Wheatley continued.

He added that the amount of gas being lost is about 1,000 metric tons per second, equivalent to about one-thousandth of the weight of the planet every billion years. But “the same process is likely to be much stronger on other exoplanets, where the entire atmosphere could be removed or evaporated to destruction.”