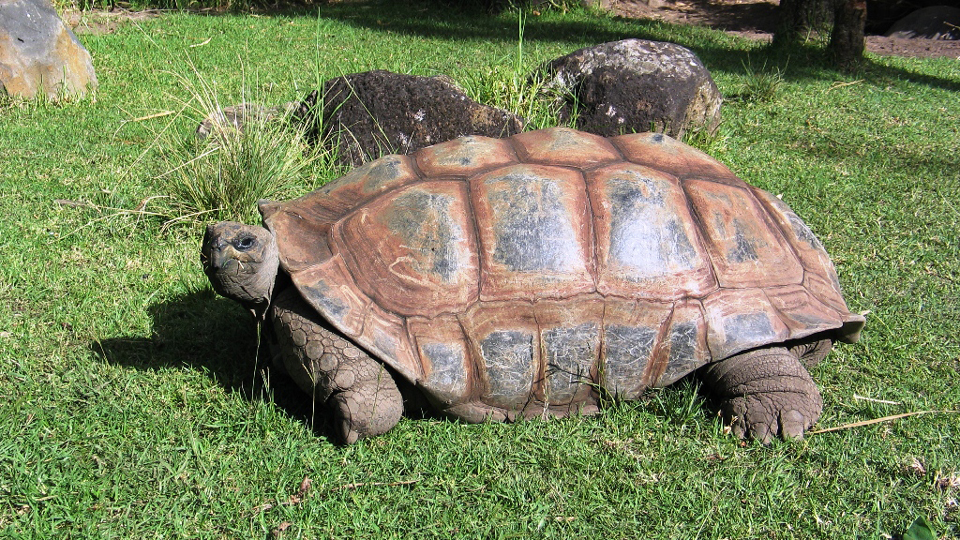 
A population of endangered giant tortoises, which dwindled to just 15 a half-century ago, has recovered on the Galapagos island of Espaþola, according to a new report.

It's “a true story of success and hope in conservation,” with about 1,000 tortoises breeding on their own, said the lead author, James P. Gibbs, a biologist at the State University of New York College of Environmental Science and Forestry.

The Galapagos National Park Service started introducing captive-bred tortoises to the island after the population bottomed out.

Now the endemic Espaþola giant tortoises are said to be reproducing and restoring some of the ecological damage caused by feral goats brought to the island in the late 1800s.

“The population is secure. It's a rare example of how biologists and managers can collaborate to recover a species from the brink of extinction,” said Gibbs, whose findings are published Oct. 28 in the research journal PLoS One.

Gibbs and collaborators assessed the tortoise population using 40 years of data from tortoises marked and recaptured repeatedly for measurement and monitoring.

But there's another side to the story, he said: the tortoise population, while stable, is unlikely to grow more until the landscape recovers from the damage inflicted by the now-gone goats. “Population restoration is one thing but ecological restoration is going to take a lot longer.”

After the goats devoured all the grassy vegetation and were subsequently removed from the island, more shrubs and small trees have grown, he explained. This hinders both the growth of cactus, a vital part of a tortoise's diet, and the tortoises' movement. Chemical analysis of the soil, done by Mark Teece, a chemist at the college, indicates a pronounced shift from grasses to woody plants on the island in the last century.

The shrubs and trees also inhibit the movements of the endangered waved albatross, said Gibbs: the plants make it hard for the ungainly sea birds to take flight. “This is a miraculous conservation success accomplished by the Galapagos National Park Service,” said Gibbs, “but there is yet more work to fully recover the ecosystem upon which the tortoises and other rare species depend.”