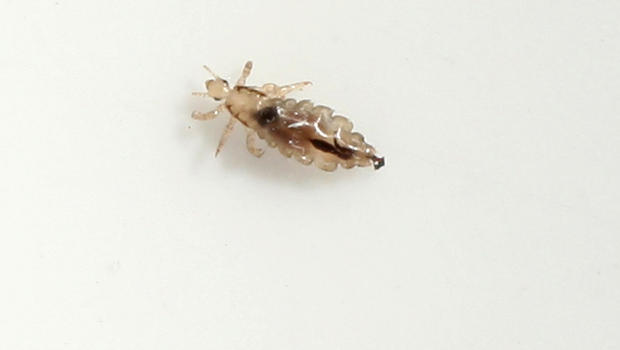 For students, the start of the school year means new classes, new friends, homework and sports. It also brings the threat of head lice. The itch-inducing pests lead to missed school days and frustrated parents, who could have even more reason to be wary of the bug this year.

Scientists report that lice populations in at least 25 states have developed resistance to over-the-counter treatments still widely recommended by doctors and schools.

Such a phenomenon represents evolution in action. Evolution occurs when one or a few individuals in a species have an advantage in a certain environment. Lice who can resist the insecticides in chemically treated hair are an example. Such individuals end up reproducing more than their peers-so eventually, a trait can even spread through the whole species.

The lice researchers presented their work Aug. 18 in Boston at the National Meeting and Exposition of the American Chemical Society.

“We are the first group to collect lice samples from a large number of populations across the U.S.,” said Kyong Yoon of Southern Illinois University, Edwardsville, one of the researchers.

“What we found was that 104 out of the 109 lice populations we tested had high levels of gene mutations, which have been linked to resistance to pyrethroids.”

Pyrethroids are a family of insecticides used widely indoors and outdoors to control mosquitoes and other insects. It includes permethrin, the active ingredient in some of the most common lice treatments sold at drug stores.

Yoon said the momentum toward widespread pyrethroid-resistant lice has been building for years. The first report on this development came from Israel in the late 1990s. Yoon became one of the first to report the phenomenon in the U.S. in 2000 when he was a graduate student at the University of Massachusetts, Amherst.

“I was working on insecticide metabolism in a potato beetle when my mentor, John Clark, suggested I look into the resurgence of head lice,” he said. “I asked him in what country and was surprised when he said the U.S.”

Intrigued, Yoon contacted schools near the university to collect samples. He suspected that the lice had developed resistance to the most common anti-lice insecticides. So he tested the pests for a trio of genetic mutations known collectively as kdr, which stands for “knock-down resistance.” kdr mutations had initially been found in house flies in the late ‘70s after farmers and others had shifted to pyrethroids from DDT and other harsh insecticides.

Yoon found that many of the lice did indeed have kdr mutations, which affect an insect's nervous system and desensitize them to pyrethroids. Since then, he has expanded his survey.

In the most recent study, he cast the widest net yet, gathering lice from 30 states with the help of a broad network of public health workers. Population samples with all three genetic mutations associated with kdr came from 25 states, including California, Texas, Florida and Maine. Having all the mutations means these populations are the most resistant to pyrethroids. Samples from four states-New York, New Jersey, New Mexico and Oregon-had one, two or three mutations. The only state with a population of lice still largely susceptible to the insecticide was Michigan. Why lice haven't developed resistance there is still under investigation, Yoon said.

The solution? Yoon said lice can still be controlled with different chemicals, some of which are prescription-only.

But the situation also offers a cautionary tale. “If you use a chemical over and over, these little creatures will eventually develop resistance,” Yoon said. “So we have to think before we use a treatment. The good news is head lice don't carry disease. They're more a nuisance than anything else.”