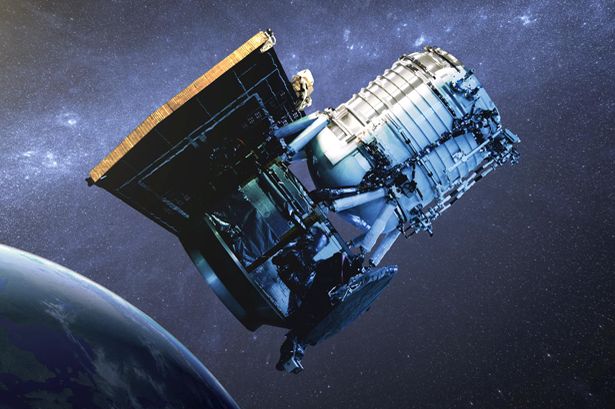 Astronomers are continuing a search for galaxies that might be thoroughly populated by aliens-turning up nothing “obvious,” but some possible, out of 100,000, the scientists report.

One interesting zone turned up right in our own galaxy, they add.

The search involved detecting “mid-infrared” light that such civilizations would probably give off as they used up energy, said astronomer Jason T. Wright of Pennsylvania State University, who started the project. Such energy use results in heat emissions in the form of infrared light, a lower-energy form of light than visible light. We feel infrared light as heat.

“This same basic physics causes your computer to radiate heat while it is turned on,” Wright said. Aliens might use such processes “to power computers, space flight, communication, or something we can't yet imagine.” While the energy radiates away as infrared, it ultimately comes from stars-just as the energy we use is traceable back to the Sun, he added.

The project is known as the Glimpsing Heat from Alien Technologies Survey, or G-HAT. The first paper resulting from the project appears in the Astrophysical Journal Supplement Series on April 15.

Roger Griffith, a researcher at Penn State and the lead author of the paper, scoured almost the whole catalog of the WISE satellite's detections-nearly 100 million entries-for galaxies that seemed to be shining too much mid-infrared light. He then examined and categorized around 100,000 of the most promising images.

“We found about 50 galaxies that have unusually high levels of mid-infrared radiation. Our follow-up studies of those galaxies may reveal if the origin of their radiation results from natural astronomical processes, or if it could indicate the presence of a highly advanced civilization,” Wright said.

Matthew Povich, an astronomer at Cal Poly Pomona, and a co-invest igator on the project, said, “Once we had identified the best candidates for alien-filled galaxies, we had to determine whether they were new discoveries that needed follow-up study, or well-known objects that had a lot of mid-infrared emission for some natural reason.”

Jessica Maldonado, a Cal Poly Pomona undergraduate, searched the astronomical literature for the best of the objects detected as part of the study to see which were well known and which were new to science. “Ms. Maldonado discovered that about a half dozen of the objects are both unstudied and really interesting looking,” Povich said.

“Roger and Jessica did find some puzzling new objects. They are almost certainly natural astronomical phenomena, but we need to study them more carefully before we can say for sure exactly what's going on,” said project member Steinn Sigurdsson, an astronomer at Penn State.

Among the discoveries within our own Milky Way galaxy are a bright “nebula” or cloudy zone around the nearby star 48 Librae, and a cluster of objects easily detected by WISE in a patch of sky that looks black when viewed using only visible light. “This cluster is probably a group of very young stars forming inside a previously undiscovered molecular cloud, and the 48 Librae nebula apparently is due to a huge cloud of dust around the star, but both deserve much more careful study,” Povich said.

“As we look more carefully at the light from these galaxies,” said Wright, “we should be able to push our sensitivity to alien technology down to much lower levels, and to better distinguish heat resulting from natural astronomical sources from heat produced by advanced technologies. This pilot study is just the beginning.”