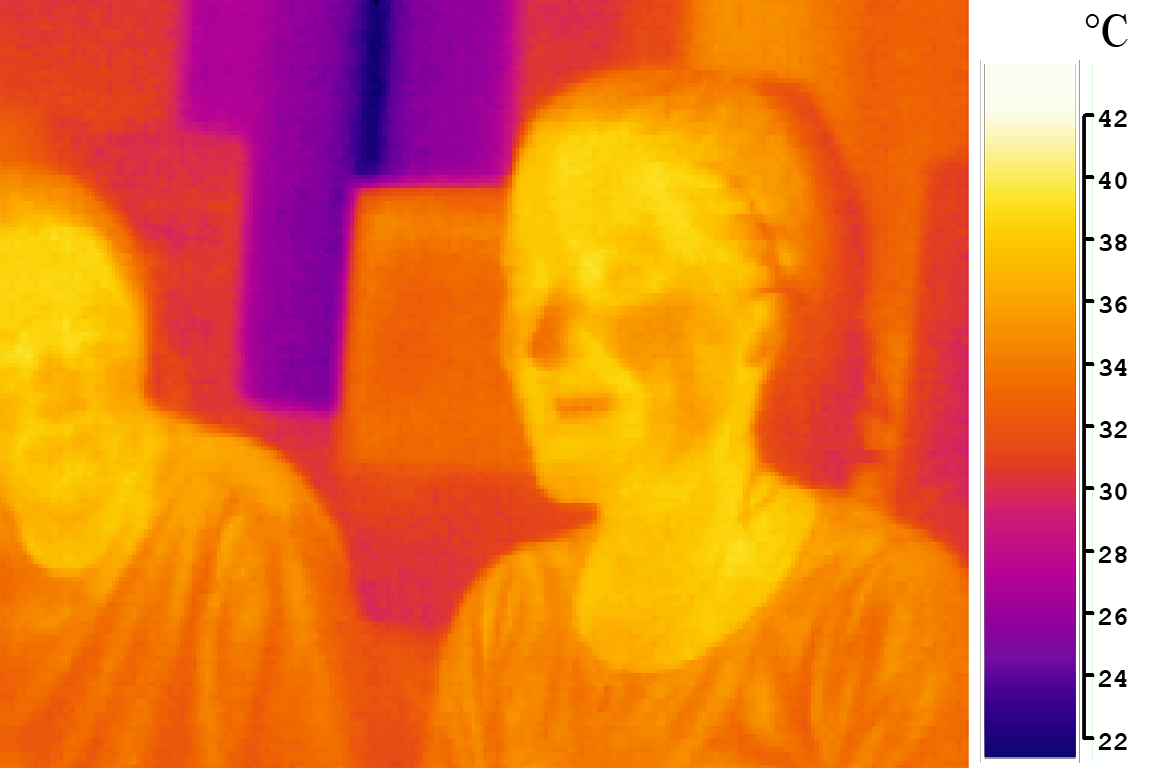 Any science textbook will tell you we can't see infrared light. But a team of researchers has found that under certain conditions, the eye can sense infrared light after all.

Like X-rays and radio waves, infrared light waves are outside the visual spectrum. “Infra-red” literally means below red-it's lower in energy than red light, which lies at the low-energy end of that spectrum, and thus too low-energy for our detection.

But using cells from the retinas of mice and people, and lasers emitting infrared light, the researchers found that when laser light pulses quickly, the cells sometimes get a double hit of infrared energy. Then it's detectable.

“We're using what we learned in these experiments to try to develop a new tool that would allow physicians to not only examine the eye but also to stimulate specific parts of the retina to determine whether it's functioning properly,” said senior investigator Vladimir J. Kefalov of Washington University School of Medicine in St. Louis. “We hope that ultimately this discovery will have some very practical applications.”

The findings are published Dec. 1 in the Proceedings of the National Academy of Sciences online early edition.

The research started after some of the researchers reported seeing occasional flashes of green light while working with an infrared laser, whose light is normally invisible to people. “We really wanted to figure out” why, said Frans Vinberg, one of the study's lead authors and a postdoctoral research associate at the university.

Vinberg, Kefalov and colleagues revisited older reports of people seeing infrared light. They repeated previous experiments in which infrared light had been seen, and they analyzed such light from several lasers to see what they could learn about how and why it sometimes is visible.

“We experimented with laser pulses of different durations that delivered the same total number of photons, and we found that the shorter the pulse, the more likely it was a person could see it,” Vinberg explained.

Normally, a particle of light, called a photon, is absorbed by the eye's retina, which then creates a molecule called a photopigment. That begins the process of converting light into vision. In standard vision, each of a large number of photopigments absorbs one photon.

But packing a lot of photons in a short pulse of the rapidly pulsing laser light makes it possible for a photopigment to absorb two photons at once, the scientists said. Their combined energy is enough to activate the pigment and stimulate vision.

“The visible spectrum includes waves of light that are 400-720 nanometers [billionths of a meter] long,” said Kefalov, an associate professor of ophthalmology and visual sciences. “But if a pigment molecule in the retina is hit in rapid succession by a pair of photons that are 1,000 nanometers long, those light particles will deliver the same amount of energy as a single hit from a 500-nanometer photon, which is well within the visible spectrum. That's how we are able to see it.” (Shorter wavelengths mean more energy).

Although the researchers are the first to report that the eye can sense light through this mechanism, the idea of using less powerful laser light to make things visible isn't new. The two-photon microscope, for example, uses lasers to detect fluorescent molecules deep in tissues. And the researchers said they already are working on ways to use the two-photon approach in a new type of ophthalmoscope, which is a tool that allows physicians to examine the inside of the eye.

The idea is that by shining a pulsing, infrared laser into the eye, doctors might be able to stimulate parts of the retina to learn more about its structure and function in healthy eyes and in people with retinal diseases such as macular degeneration.