Kids with autism found to have extra connections in brain 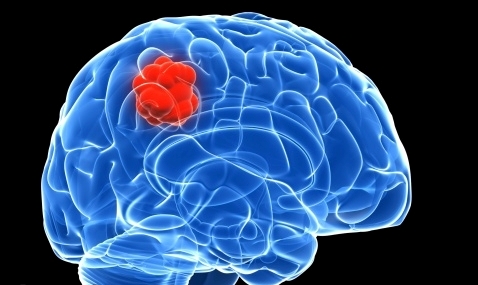 A study has found that young people with autism have extra synapses, or connections among cells, in the brain.

That, the investigators say, is due to a slowdown in a normal process of “pruning” synapses that occurs during development, which can have profound effects because synapses are the points where neurons, or nerve cells, connect and communicate.

The researchers, at Columbia University Medical Center in New York, also found that a drug that restores normal pruning can reduce autistic-like behaviors in mice, even when given after these have appeared. This could lead to a “much-needed therapeutic strategy for autism,” said Jeffrey Lieberman, chair of psychiatry at the center and director of New York State Psychiatric Institute, who was not involved in the study.

Although the drug, rapamycin, has side effects that may preclude its use in people with autism, “the fact that we can see changes in behavior suggests that autism may still be treatable after a child is diagnosed, if we can find a better drug,” said the study's senior investigator, neuroscientist David Sulzer.

The study was published in the August 21 online issue of the journal Neuron. Autism is a brain condition involving deficits in social interaction and speaking; inability to treat others as people or make friends; unusual, repetitive behaviors; and sometimes extraordinary skills in specific areas.

During normal development, a burst of synapse formation occurs in infancy, epsecially in the cortex, a brain region involved in autistic behaviors. Pruning eliminates about half of these “cortical synapses” by late adolescence. Many autism-linked genes affect synapses. Some researchers had hypothesized that autistic people may have more of them.

Tang measured synapse concentrations in a small part of each brain by counting the number of tiny spines that branch from these cortical neurons; each spine connects with another neuron via a synapse. By late childhood, she found, spine concentrations had dropped by about half in the unaffected children's brains, but by only 16 percent in the brains from autism patients.

Clues to what caused the pruning defect also turned up, the scientists said. The autistic children's brain cells were filled with old and damaged parts and were deficient in the mechanisms behind a molecular process that gets rid of these old components. That process is called autophagy, from the Greek for “self-eating.”

Using mouse models of autism, the researchers traced the pruning defect to a protein called mTOR. When mTOR is overactive, they found, brain cells lose much of their “self-eating” ability. And without this ability, the brains of the mice were pruned poorly and contained excess synapses. “While people usually think of learning as requiring formation of new synapses,” Sulzer said, “the removal of inappropriate synapses may be just as important.”

The researchers said they could restore normal autophagy and pruning-and reverse autistic-like behaviors in the mice-by giving rapamycin, a drug that inhibits mTOR. That was effective even when given even after the mice had developed the behaviors.

Because large amounts of overactive mTOR were also found in almost all of the brains of the autism patients, the researchers speculate that same processes may occur in children with autism.

“What's remarkable,” said Sulzer, “is that hundreds of genes have been linked to autism, but almost all of our human subjects had overactive mTOR and decreased autophagy, and all appear to have a lack of normal synaptic pruning. This said that many, perhaps the majority, of genes may converge onto this mTOR/autophagy pathway, the same way that many tributaries all lead into the Mississippi River.”