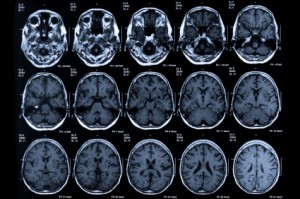 The drug LSD creates its bizarre effects on the brain in part by stopping some nerve cells from acting synchronously, as they should—while making others act in concert where they shouldn’t.
That’s the conclusion of a group of researchers presenting new findings Dec. 10 at the annual meeting of the American College of Neuropsychopharmacology in Hollywood, Florida.
LSD, an illegal drug that rose to popularity alongside 1960s counterculture, causes changes in consciousness, including what psychologists call “ego-dissolution,” or a loss of the sense of self. But it’s not clear what causes the profound effects on consciousness, although there is a detailed knowledge of how the drug works on molecular structures in the brain called serotonin receptors.
The new report proposes that the drug reduces connectivity within brain networks, or the extent to which nerve cells in the brain, called neurons, within a network fire in synchrony. LSD also seems to reduce the extent to which separate brain networks remain distinct in their patterns or synchronization of firing, the authors said.
Overall, LSD—which stands for lysergic acid diethylamide—in with the patterns of activation in the different brain networks that underlie human thought and behavior.
Robin Carhart-Harris and colleagues at Imperial College London carried out brain scans of 20 healthy volunteers over six hours. The researchers used functional magnetic resonance imaging, or fMRI, which maps brain activity by detecting changes in blood flow. They also used magnetoencephalography or MEG, a technique that images brain function by recording magnetic fields produced by electrical currents occurring in the brain.
Using the first method, the investigators found that LSD led to a more chaotic brain state not entirely unlike what is seen in the “prodromal” phase, or early warning signs, of psychosis.
Specifically, neurons, or nerve cells in the brain, that were supposed to fire signals together within a network fell out of synchrony, the scientists found. Meanwhile networks that are normally distinct started to overlap in their connectivity patterns.
Carhart-Harris also found increases in blood flow in the visual cortex at the back of the brain, which processes visual signals. This might explain the visual hallucinations and distortions so common in LSD intoxication, he added.
MEG also showed that natural brain oscillations changed to become highly correlated with visual hallucinations—suggesting that the LSD-influenced visual system is tethered more to the internal than to the outer world.
“With better assessment tools available today than in the 1950’s and 1960’s, it may be possible to evaluate potential uses of LSD as a treatment for addiction and other disorders, such as treatment-resistant depression—which we are currently investigating with a similar drug to LSD,” Carhart-Harris said. He added that LSD also may provide a useful model of psychosis. 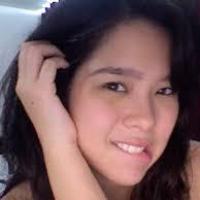