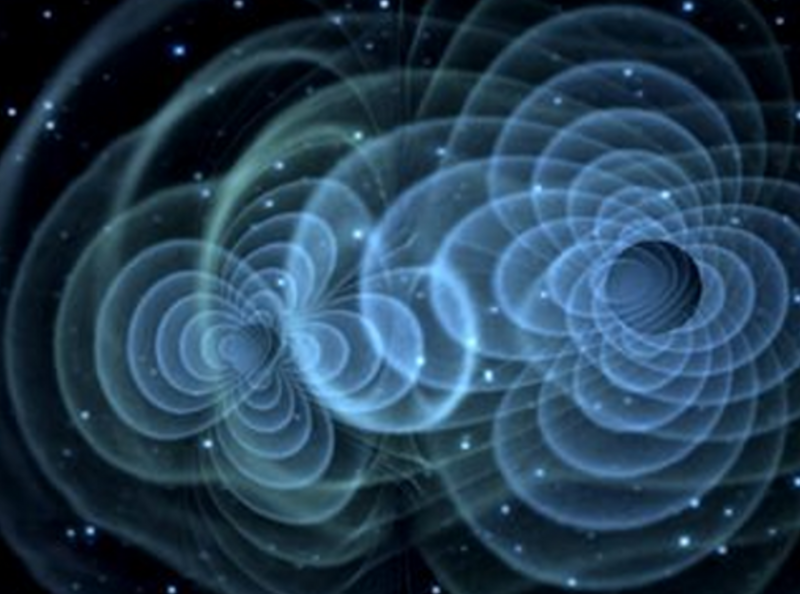 Albert Einstein's theory of relativity-which uses geometry to describe how gravity shapes the universe and celestial motions-has withstood every test scientists have thrown at it.

But one festering problem is starting to raise eyebrows.

Einstein's elegant theory predicts a type of cosmic fluctuation known as gravitational waves. But these haven't directly shown themselves, despite the construction of several elaborate instruments meant to detect them, and strong circumstantial evidence for their existence.

This week, scientists announced that an 11-year search using the Parkes telescope in Australia has revealed an expected “background” rumble of waves to be missing. This must force scientists to revise their thinking about fundamental cosmic objects like black holes and galaxies, according to the researchers.

Gravitational waves exert a powerful appeal on scientists. Conceived as ripples in space and time itself, they're thought to carry information allowing us to look back into the very beginnings of the universe.

The universe, however, doesn't seem to be cooperating.

“It seems to be all quiet on the cosmic front” as far as those waves go, said Ryan Shannon of CSIRO, Australia's national science agency, and of the International Centre for Radio Astronomy Research. Shannon led the new research, published Sept. 24 in the research journal Science.

On the positive side, he said, “by pushing our telescopes to the limits required for this sort of cosmic search we're moving into new frontiers, forcing ourselves to understand how galaxies and black holes work.”

Galaxies grow by merging, and every large galaxy is thought to be centered on a supermassive black hole-a supremely compact object whose gravity captures anything that strays too close.

When two galaxies unite, the black holes attract each other and eventually merge. This violent event is expected to send ripples known as gravitational waves through space-time, the very fabric of the universe. While a black hole is theorized to bend space-time on its own, it takes a merger of the two for the distortions to spread outward, which they do, in theory, at light speed.

To look for the waves, Shannon's team used the Parkes telescope to monitor a group of “millisecond pulsars”-small stars that send out regular radio pulses and act like clocks in space. The passage of a gravitational wave should throw off the timing of these pulses just slightly.

The study went on for 11 years, which should have been long enough to reveal gravitational waves. Nothing.

So why haven't they turned up? There could be a few reasons, but the scientists suspect it's because black holes merge very fast, spending little time generating gravitational waves.

“There could be gas surrounding the black holes that creates friction and carries away their energy, letting them come to the clinch quite quickly,” said team member Paul Lasky, a postdoctoral research fellow at Monash University in Australia.

Whatever the explanation, it means that if astronomers want to detect gravitational waves by timing pulsars they'll have to record them for many more years.

“Ground-based detectors are looking for higher-frequency gravitational waves generated by other sources [than black holes], such as coalescing neutron stars,” said Vikram Ravi, a member of Shannon's team who is now at the California Institute of Technology.