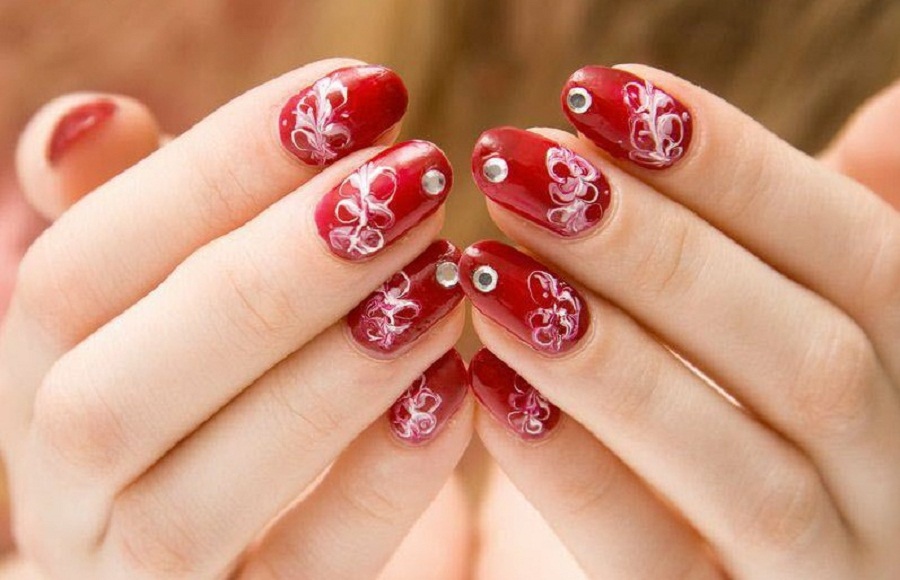 Nail polish is a lacquer that can be applied to the human fingers or toe nails to decorate and protect the nail plate. The formulation has been revised repeatedly to enhance its decorative effects and to suppress cracking or flaking. Nail polish consists of an organic polymer with various additives.

Nail polish originated in China, and its use dates back to 3000 BC. Around 600 BC, during the Zhou Dynasty, the royal house preferred the colors gold and silver. However, red and black eventually replaced these metallic colors as royal favorites. During the Ming Dynasty, nail polish was often made from a mixture that included beeswax, egg whites,gelatin, vegetable dyes, and gum Arabic.

By the turn of the 9th century, nails were tinted with scented red oils, and polished or buffed. In the 19th and early 20th centuries, people pursued a polished rather than a painted look by massaging tinted powders and creams into their nails, then buffing them shiny. One such polishing product sold around this time was Graf's Hyglo nail polish paste.

After the creation of automobile paint, Cutex produced the first modern nail polish in 1917.In 1932, the Charles Revson Company (later Revlon) produced their first nail polish. Once nail polish was refined, it was often used in the place of gloves to cover up the grime underneath finger and toe nails.

Nail polish consists of a film-forming polymer dissolved in a volatile organic solvent. Nitrocellulose that is dissolved in butyl acetate or ethyl acetate is common. This basic formulation is expanded to include the following:

This type of nail polish is a clear or milky-colored polish formula that is used specifically before applying nail polish to the nail. The purpose of it is to strengthen nails, restore moisture to the nail, and/or help polish adhere to the nail. Some base coats are marketed as "ridge fillers" which can create a smooth surface, and reduce the appearance the ridges that can appear on unhealthy nails or due to aging. Base coat may also help keep nails from being stained a yellowish color by colored polishes.

This type of nail polish is a clear colored polish formula that is used specifically after applying nail polish to the nail. It forms a hardened barrier for the nail that can prevent chipping, scratching and peeling. Many top coats are marketed as "quick-drying" and, in addition to drying quickly, also help the underlying colored polish dry quickly.

Gel nail polish is a long-lasting type of nail polish. It is painted on the nail like a regular polish, and does not dry until it is "set" under an ultraviolet or LED lamp. While regular nail polish formulas typically last 2-7 days before chipping, gel polish lasts around two weeks on most. Gel polish can be more difficult to remove than regular nail polish; it is usually scraped off after soaking the nails in acetone for 5-10 minutes. It is not possible to remove gel polish with non-acetone nail polish remover.

Traditionally, nail polish started in clear, red, pink, purple, and black. Since that time, many new colors and techniques have developed, resulting in nail polish that can be found in an extremely diverse variety of colors. Beyond solid colors, nail polish has also developed an array of other designs and colors, such as nail polish stamps, crackled, magnetic, nail polish strips and stickers; fake rhinestones are also often applied. Some types of polish are advertised to cause nail growth, make nails stronger, prevent nails from breaking, cracking and splitting, and to stop nail biting. Nail polish may be applied as one of several components in a manicure.

French manicures are manicures designed to resemble natural nails, and are characterized by natural pink base nails with white tips, making it one of the first popular and well known color schemes with nail polish. The tips of the nails are painted white while the rest of the nails are polished in a pink or a suitable nude shade. French manicures may have originated in 18th-century Paris and were popular in the 1920s and 1930s.

Social media has given rise to the nail art culture that allows users to share their pictures about their nail art. "WWD reports nail polish sales hit a record $768 million in the U.S. in 2012, a 32% gain over 2011, despite a cluttered market that seemingly sees a new launch each week." Several new polishes and related products came on to the market in the second decade of the 21st century as part of the explosion of nail art, such as nail stickers (either made of nail polish or plastic), "crackle" nail polish, magnetic nail polish, nail polish marketed for men, and nail decorations 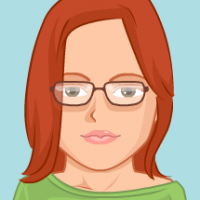