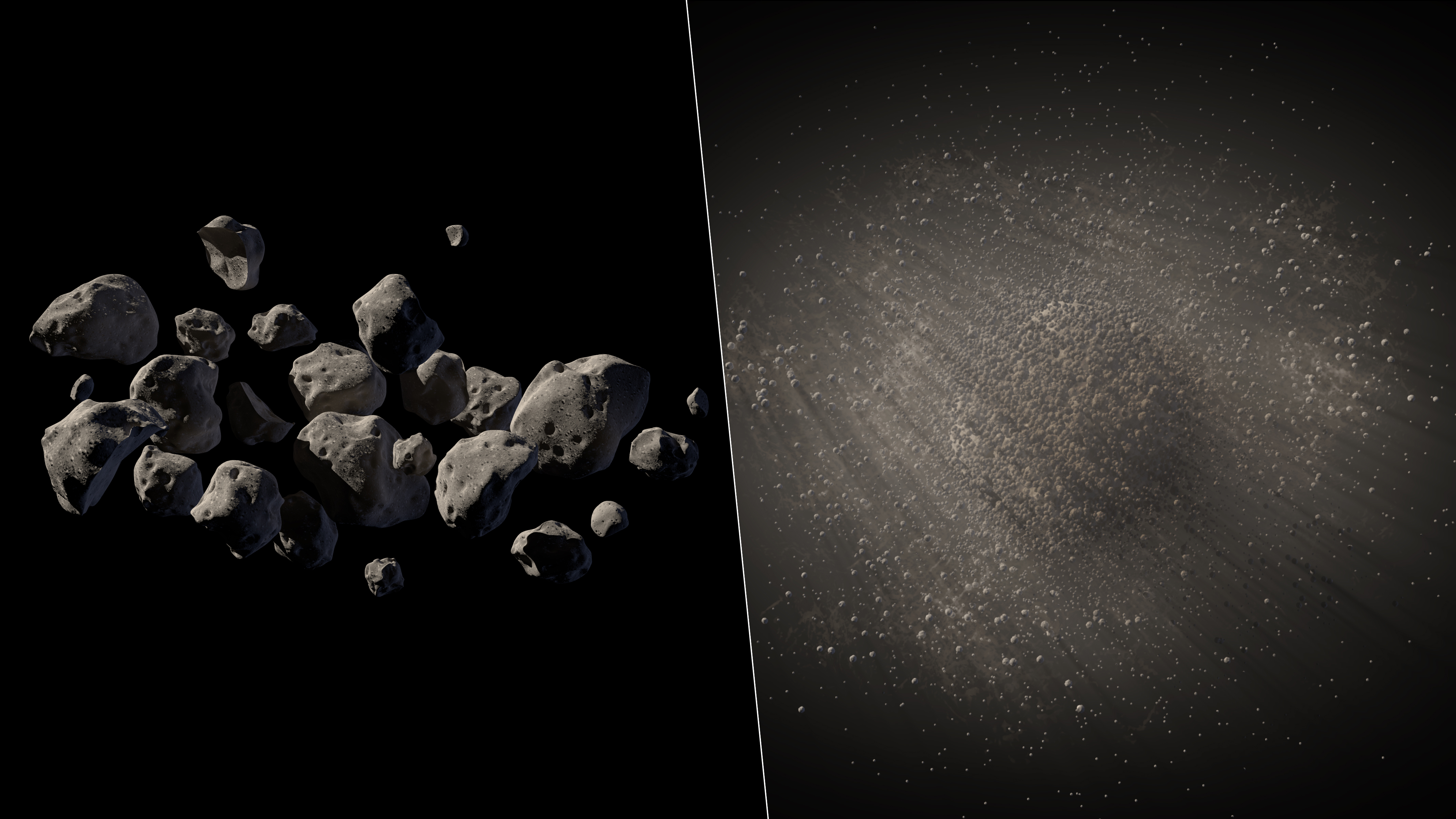 Astronomers using NASA's Spitzer Space Telescope have measured the sizes of two asteroid “candidates” for NASA's proposed mission to capture a small asteroid, or boulder from an asteroid.

The idea is to put it in orbit around the moon.

Both candidate asteroids turned out to be “to be really weird-not at all like the one solid rock that we expected. We're scratching our heads,” said David Trilling of Northern Arizona University, who leads the team of astronomers in the The Asteroid Redirect Mission.

Instead, the asteroids consist of about two-thirds empty space, the measurements show.

The latest candidate asteroid measured, called 2011 MD, was measured at roughly 20 feet (6 meters) wide. Spitzer's infrared-light vision was key to sizing up the object. “From its perch up in space, Spitzer can use its heat-sensitive infrared vision to spy asteroids and get better estimates of their sizes,” said Michael Mommert of Northern Arizona University, lead author of the latest study, appearing June 19 in the journal Astrophysical Journal Letters.

Valid candidates are asteroids with the right size, weight and spin rate to be feasibly captured by a robotic spacecraft. Two other “valid” candidates have been identified so far. Combined infrared and visible-light observations of the new candidate led to a measurement of its weight and density, or compactness. Astronomers think it might be a collection of loosely bound rocks, like a fleet of flying boulders, or a solid rock with surrounding fine debris.

Scientists found a similar type of composition for asteroid 2009 BD, another candidate considered valid. Trilling and colleagues used Spitzer to help pin down the size of that asteroid to roughly 10 to 13 feet (3 or 4 meters).

The team said the small asteroids probably formed as a result of collisions between larger asteroids, but they don't understand how their unusual structures could have arisen. They plan to use Spitzer to study more of the tiny asteroids, both as possible targets for asteroid space missions, and for a better understanding of the many asteroid denizens making up our solar system.