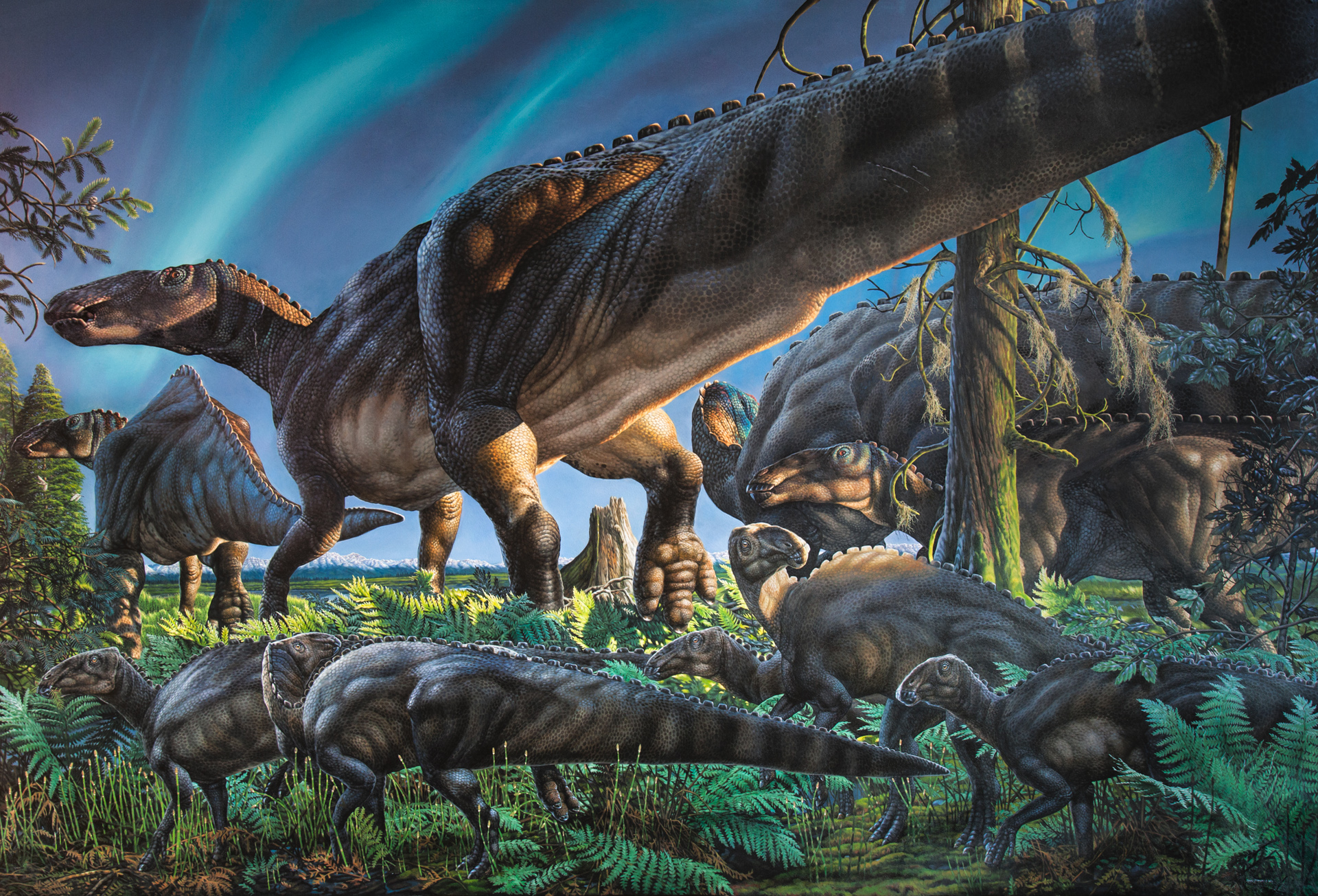 A newly published study describes a type of duck-billed dinosaur that once roamed Alaska's North Slope in herds, living in darkness for months at a time and probably experiencing snow.

It's “far and away the most complete dinosaur yet found in the Arctic or any polar region,” from fossils, said Pat Druckenmiller, curator of Earth sciences at the University of Alaska Museum of the North and co-author of the study. “We have multiple elements of every single bone in the body.”

“The finding of dinosaurs this far north challenges everything we thought about a dinosaur's physiology,” added Florida State University's Gregory Erickson, another co-author.

“It creates this natural question. How did they survive up here?”

The name, using the language of the native Iþupiaq people who live there today, means ancient grazer, the researchers said. Part of an evolutionary family known as hadrosaurs, also called duck-billed dinosaurs, Ugrunaaluk is described as a superb chewer with hundreds of teeth good for munching tough plants.

Druckenmiller said the majority of the bones studied came from the Liscomb Bone Bed, a fossil-rich layer of rock along the Colville River in a 69-million-year-old rock deposit called the Prince Creek Formation.

“Today we find these animals in polar latitudes,” Druckenmiller said. “Amazingly, they lived even farther north during the Cretaceous Period,” the later part of the dinosaur age. “These were the northern-most dinosaurs to have lived during the Age of Dinosaurs. They were truly polar.”

The scientists published their findings in the academic journal Acta Palaeontologica Polonica. Druckenmiller and Erickson had previously published documentation suggesting that at the time, a distinct community of animals lived in what is now northern Alaska. The area was forested because the climate was much warmer, but still, the dinosaurs had to deal with snow and months of darkness, the researchers said.

The fossil site where the discovery was made is named for geologist Robert Liscomb. He found the first dinosaur bones in Alaska while mapping along the Colville River for Shell Oil Company in 1961, but didn't realize they were from a dinosaur.

Since then, museum scientists say they have dug out and catalogued more than 6,000 bones from the new species, mainly youngsters estimated to have been about 9 feet (almost 3 meters) long and one-third as tall at the hips. It seems “a herd of young animals was killed suddenly, wiping out mostly one similar-aged population” to create these fossils, Druckenmiller said.

There are three named dinosaurs documented from the North Slope-two plant eaters and one carnivore-but the other two are known from incomplete material, Druckenmiller added.

“So far, all dinosaurs from the Prince Creek Formation that we can identify as species are distinct from those found anywhere else. The recognition of Ugrunaaluk kuukpikensis provides further evidence that the dinosaurs living in polar latitudes in what is now Alaska were not the same species found from the same time periods in lower latitudes.”