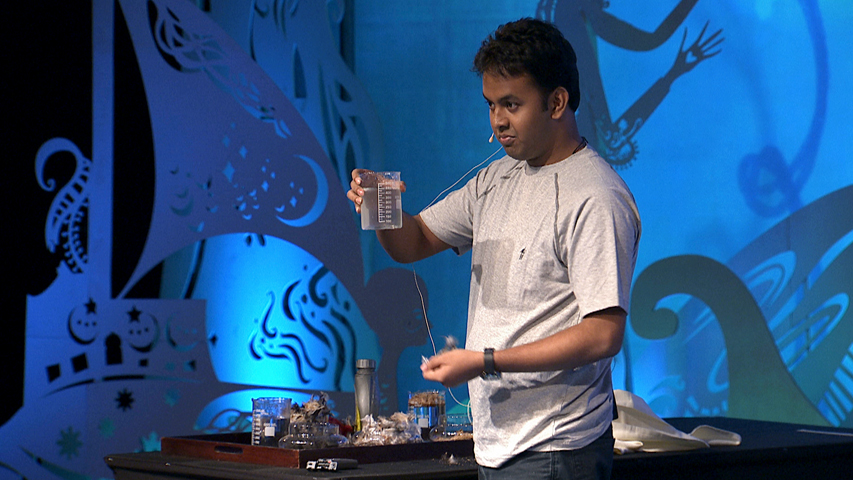 INK Fellow Nikhilesh Das demonstrates on stage that 95% of oil pollution can be removed from water using three waste products: human hair, bird feathers and sawdust. Nikhilesh was inspired to become an environmental scientist at the young age of 12, when he realized that the oil his mother put on his hair could also be used to clean oil pollution from water.

Nikhilesh Das, 21, was awarded the fifth National Grassroots Innovation Award by the President of India, Smt Pratibha Patil, for his innovative research on controlling oil pollution in water. A student of Cotton College (BSc in Physics), Nikhilesh aims to pursue a career in Nuclear Physics and bring the spirit of scientific innovation to students across India.