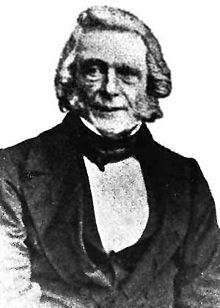 A Scottish landowner-planter named Patrick Matthew anticipated Charles Darwin's main ideas about evolution 27 years in advance but got little credit, according to a new study.

Its author argues that the main question today shouldn't be which man deserves the most credit, but rather how we can benefit most from the unique contributions of each.

Darwin developed the ideas more systematically and “rightly deserves his primacy,” the author, molecular geneticist Michael Weale of King's College London, wrote. On the other hand, Weale noted, Matthew followed a different practice by using the word “law” rather than “theory”-an example perhaps worth following.

In general, Darwinian evolutionary theory states that some individuals survive and reproduce more successfully than others; therefore it is their characteristics, and not those of the others, that mainly pass to future generations. Thus, each generation isn't perfectly identical to the last, though they do tend to stay adapted to their environment. Over time, this process can lead to the emergence or disappearance of whole species, events such as we can find reflected in the fossil record and sometimes even witness.

Besides Matthew and Darwin, a third, well-known person involved in developing evolutionary theory is Alfred Russel Wallace, who co-published his work with Darwin in 1858.

But Matthew, publishing in 1831, wrote of a law “universal” in nature-even on other planets-in which:

“Those individuals who possess not the requisite strength, swiftness, hardihood, or cunning, fall prematurely without reproducing - either a prey to their natural devourers, or sinking under disease, generally induced by want of nourishment, their place being occupied by the more perfect of their own kind…”

This “law,” Matthew wrote, “sustains the lion in his strength, the hare in her swiftness, and the fox in his wiles.”

Elsewhere, Matthew writes that “great difference of circumstances” might push this process in different directions, such that “the progeny of the same parents… might, in several generations, even become distinct species, incapable of co-reproduction.”

Matthew's remarks appeared in the appendix to a book of his book, On Naval Timber and Arboriculture.

“Sadly, all the evidence suggests that no one who read Matthew's book appreciated the macroevolutionary ideas contained in his appendix. His book did not gain wide circulation, and both Darwin and Wallace denied any prior knowledge of his work,” Weale wrote.

Today, “we could still benefit from adopting [Matthew's] vision of natural selection as a ‘law' rather than a ‘theory,' as a self-evident and inescapable principle given that organisms manifestly compete, vary and reproduce,” Weale wrote. “In public perception, laws are concrete and certain, and theories less so.”

Matthew also foresaw that man would ultimately destroy the planet's environment, Weale noted, adding: “Matthew was an outsider, but that doesn't mean we should keep him out in the cold.”