Possible existence of wormhole in our galaxy 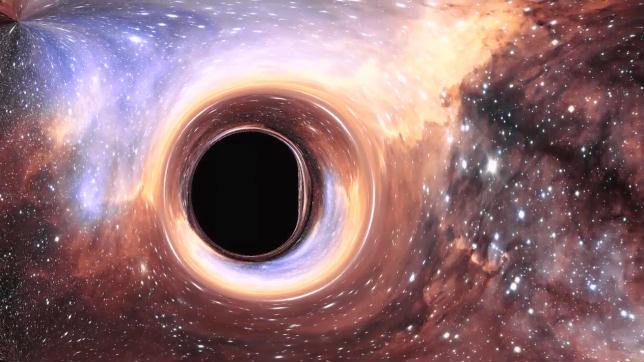 Our galaxy could conceivably be a huge wormhole - or shortcut through space and time - a study concludes, though this path may or may not be navigable.

The study, published in the journal Annals of Physics, looks at a possibility that physicists had been toying with for some time and is also raised in the recent movie Interstellar. “Obviously we're not claiming that our galaxy is definitely a wormhole, but simply that, according to theoretical models, [it] is a possibility,” said Paolo Salucci, a co-author of the study.

The proposal takes into consideration the widely accepted existence of dark matter-a substance that permeates galaxies but is invisible, being detectable only through its gravitational effects.

It also builds on the prevailing scientific view that the universe originated with a sort of explosion, called the Big Bang. It furthermore incorporates the idea of wormholes-tunnels through space and time that, though never seen before, are allowed by Einstein's widely accepted theory of General Relativity.

General relativity explains gravitational effects between objects as resulting from the way that they bend spacetime, space and time being considered parts of a single thing. The proposed warping effect is greater the heavier the object.

“If we combine the map of the dark matter in the Milky Way with the most recent Big Bang model to explain the universe and we hypothesize the existence of space-time tunnels, what we get is that our galaxy could really contain one of these tunnels, and that the tunnel could even be the size of the galaxy itself,” said Salucci.

“We could even travel through this tunnel, since, based on our calculations, it could be navigable. Just like the one we've all seen in the recent film Interstellar,” added Salucci, of the International School for Advanced Studies of Trieste, Italy.

Although wormholes gained public attention thanks to Christopher Nolan's sci-fi film, they had been a focus of astrophysicists' attention for many years. “What we tried to do in our study was to solve the very equation that the astrophysicist ‘Murph' was working on. Clearly we did it long before the film came out,” jokes Salucci. “It is, in fact, an extremely interesting problem for dark matter studies.”

Can it ever be tested experimentally? “In principle, we could test it by comparing two galaxies-our galaxy and another, very close one like, for example, the Magellanic Cloud,” he said. “But we are still very far from any actual possibility of making such a comparison.”

Salucci and colleagues combined the equations of general relativity with a detailed map of the distribution of dark matter in the Milky Way. “The map was one we obtained in a study we carried out in 2013,” said Salucci. “Beyond the sci-fi hypothesis, our research is interesting because it proposes a more complex reflection on dark matter.”

Salucci noted that scientists have long tried to explain dark matter by hypothesizing the existence of a particular particle, the neutralino, which, however, has never been detected. But alternative theories also exist that don't rely on the particle, he added: “Dark matter may be ‘another dimension,' perhaps even a major galactic transport system.”