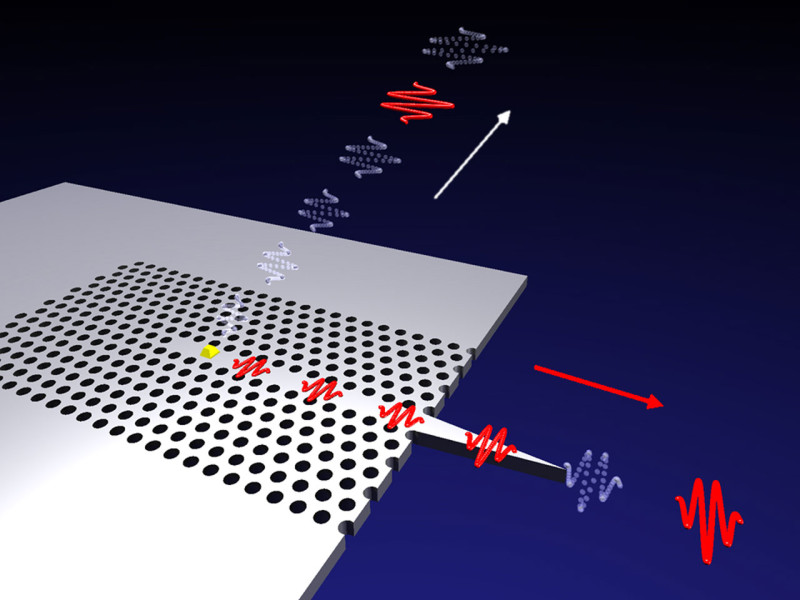 Researchers have created a tiny “cannon” that shoots out particles of light, called photons, one at a time.

They're claiming the invention is a “breakthrough” in longstanding attempts to develop photonics, or super-fast computers using photons. Normal computers use electrons, which are units of electricity rather than of light.

To make the change, one has to create a stream of single photons and control their direction. Researchers around the world have tried to do this, but now scientists at the University of Copenhagen say they have done it. The findings are published in the scientific journal Physical Review Letters.

Photons, which make up light, and electrons, which make up electric currents, act very differently. Electrons are classed as part of a family of particles called fermions that can easily flow individually. Photons, instead, are so-called “bosons” that prefer to clump together. But because information for quantum communication based on photonics lies in the individual photon, one has to be able to send them one at a time.

“We do this by creating an extremely strong interaction between light and matter,” said Peter Lodahl, head of the Quantum Photonics research group at the university's Niels Bohr Institute.

The researchers developed their “cannon” as part of a tiny optical chip, or piece of computer circuitry. This consists of a tiny crystal with a light source, called a quantum dot, at its center. Next they “shine laser light on the quantum dot, where there are atoms with electrons in orbit around the nucleus,” said Sřren Stobbe, another member of the research group at the institute.

The laser light stimulates the electrons, which then jump to different orbits and emit individual photons in the process, Stobbe added. “Normally, light is scattered in all directions, but we have designed the photonic chip so that all of the photons are sent through only one channel.”

Lodahl and Stobbe said they can control the photons and send them in the desired direction with a 98.4 percent success rate, opening up “fascinating” new opportunities for fundamental experiments and new technologies. They're in the process of patenting several parts of their work, aiming to develop a prototype single-photon source usable for encryption or complex calculations.

It's also hoped the work will pave the way for quantum computers, which would exploit the sometimes apparently nonsensical laws of quantum physics, or nature at the subatomic scale, to achieve unprecedented power and speed.