Scientists are planing for mission to push asteroid off-course 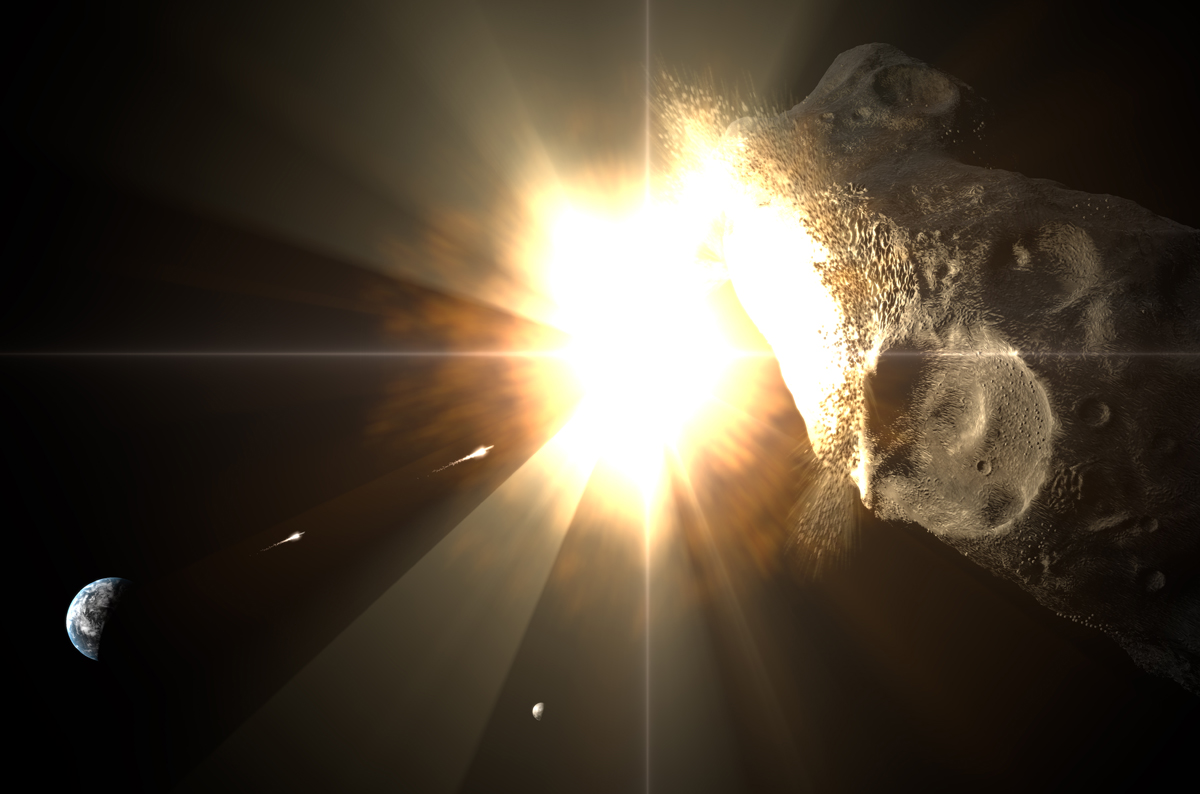 Scientists are planning a project to test the waters for what might someday be a mission needed to save the Earth-by pushing an asteroid off-course.

The current mission just involves diverting a mini-asteroid-or more precisely, the moon of an asteroid, which is also an asteroid, just smaller.

The idea is to shift the rocky object into a new orbit around the same parent asteroid it already goes around. Presumably this can't create a threat to Earth, such as might occur, say, if someone accidentally knocked a substantial asteroid into the path of our own blue world.

The mission is a step toward protecting Earth “from potentially hazardous impacts,” said Patrick Michel, leader of the investigation team for the European Space Agency's Asteroid Impact Mission, one of two spacecraft being planned as part of the deflection project.

For that, he added, “we need to understand asteroids much better-what they are made of, their structure, origins and how they respond to collisions.” The overall mission, called AIDA, is “the first to test whether we can deflect an asteroid through an impact with a spacecraft.”

Because asteroid structure isn't well understood, scientists have scratched their heads about what would be the best way to deflect an asteroid, should it someday be necessary. One potential problem is that asteroids may be more like floating rubble piles than solid rocks. If so, the simple gambit of using a spaceship to bump an asteroid off-course might not work so well, although many alternative methods of deflection have been proposed.

The new mission will also be the first “to study an asteroid binary system,” that is, an asteroid with a small partner asteroid, or moon, Michel said. The European craft is to join a NASA spaceship called the Double Asteroid Redirection Test in visiting the Didymos asteroid and its small satellite, nicknamed “Didymoon.”

The European part of the mission “will study the structure of Didymoon and the orbit and rotation of the binary system, providing clues to its origin and evolution,” Michel said. “Asteroids represent different stages in the rocky road to planetary formation, so offer fascinating snapshots into the Solar System's history.”

After the machine has studied both asteroids and mapped Didymoon, the U.S. probe is to bump Didymoon, and the European craft would assess its effectiveness in changing the moon's orbit around Didymos.

Scientists discussed the AIDA mission Sept. 30 at the European Planetary Science Congress 2015 in Nantes, France. The European part of the mission is planned for launch in 2020 and to reach its destination two years later.

Binary systems make up an estimated 15 percent of the asteroid population. The egg-shaped Didymoon, estimated as 160 meters (170 yards) wide, orbits the diamond-shaped Didymos asteroid, which is almost five times wider, every half an Earth-day at a distance of 1.1 km (0.7 miles).

While small, Didymoon is already an estimated eight times wider than than the space rock that burst over Chelyabinsk, Russia on Feb. 15, 2013, creating a shock wave that sent over a thousand people to the hospital. The speed of an object matters too, of course, not just its size.

Ground-based observations indicate that, like the Chelyabinsk meteor, Didymos is probably a common “chondrite,” or stony asteroid formed of dust from the primitive solar system. Didymoon's weight and compactness are unknown.

The European spacecraft is to photograph the moon, study its interior using radar and deploy a small lander to probe the internal structure by exchanging radio signals through Didymoon.

Recent missions have shown that asteroids are extraordinarily diverse in their geology, structure and evolution. All seem to be covered by soil, but this varies from fine grains to pebbles. Most asteroids seem to be aggregates of material, rather than solid bodies, but it's not clear whether they're filled with large rocks and empty pockets, or gravel.