Scientists are trying to save vanishing Da Vinci "self-portrait" 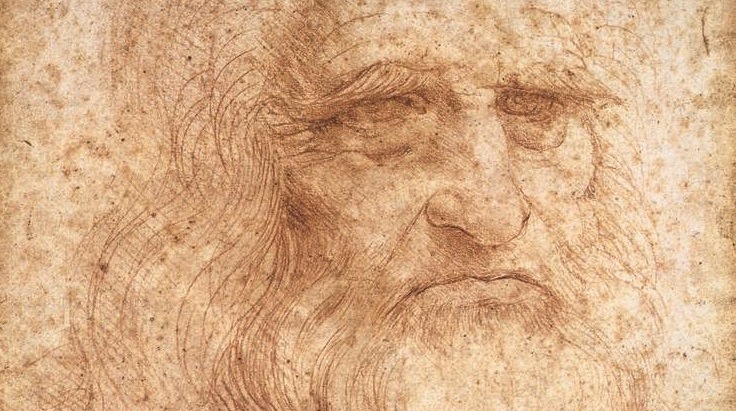 Scientists are trying to save a Leonardo da Vinci drawing, widely believed to be a self-portrait, from slowly disappearing. If they succeed, the results could help them save many other ancient artworks and documents, they say.

Centuries of exposure to humidity or a closed environment has led to yellowing and browning of the paper with the red chalk drawing, so the colors no longer stand out. A group of researchers from Italy and Poland is working to find out whether the degradation process has now slowed with appropriate conservation, or if the aging is still a problem.

To do it, the team developed a way to measure the concentration of light-absorbing molecules known as chromophores in ancient paper-the culprits behind the “yellowing” of the paper's cellulose, or plant fiber.

Chromophores form as a result of chemical reactions with oxygen. Yellowing occurs when they absorb violet and blue colors from visible light “and largely scatter the yellow and red portions-resulting in the characteristic yellow-brown,” said Olivia Pulci, a physicist at the University of Rome Tor Vergata.

After developing a way to measure the concentration of chromophores, researchers used simulations based on quantum mechanics-which studies natural interactions at the subatomic level-to calculate what colors the chromosomes absorb most.

“We were able to evaluate the state of degradation of Leonardo da Vinci's self-portrait and other paper specimens from ancient books dating from the 15th century,” Leonardo's time, said Adriano Mosca Conte, a researcher at the University of Rome Tor Vergata. “By comparing the results of ancient papers with those of artificially aged samples, we gained significant insights into the environmental conditions in which Leonardo da Vinci's self-portrait was stored during its lifetime.”

They found that the type of chromophores in Leonardo's drawing are “similar to those found in ancient and modern paper samples aged in extremely humid conditions or within a closed environment, which agrees with its documented history,” said Mauro Missori, a researcher at the Institute for Complex Systems, in Rome. But researchers must periodically repeat the test to determine how fast the paper is ageing, they added. “Our approach can serve as a precious tool to preserve and save not only this invaluable work of art, but others,” Conte said.

The work is described in the journal Applied Physics Letters.