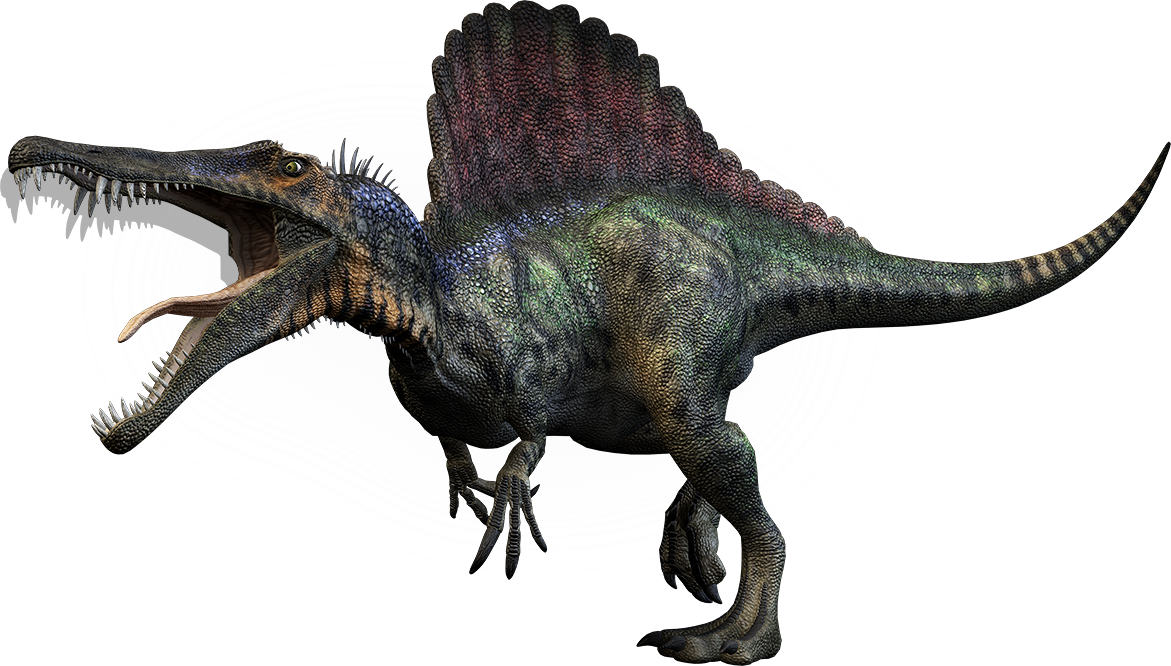 A dinosaur discovered over a century ago turns out to have probably been “semiaquatic”-the only known dinosaur adapted for living and hunting in a water environment, scientists say.

According to the report, new fossils of the huge predator reveal it adapted to life in the water some 95 million years ago, providing the strongest evidence to date of a dinosaur able to live and hunt in an aquatic environment.

“Working on this animal was like studying an alien from outer space; it's unlike any other dinosaur I have ever seen,” said lead author Nizar Ibrahim, of the University of Chicago.

The dinosaur, Spinosaurus aegyptiacus, lived toward the end of the age of the dinosaurs in what is today North Africa. The beast is estimated to have been more than nine feet longer than the largest known Tyrannosaurus rex specimen.

The researchers concluded that Spinosaurus developed many previously unknown adaptations to live in the water. They analyzed new fossils uncovered in the Moroccan Sahara, a partial skull and other remains housed in museums around the world as well as historical records and images from the first reported Spinosaurus discovery in Egypt.

Spinosaurus had earlier relatives that ate fish but that lived on land, scientists said. Spinosaurus' aquatic adaptations are said to go a good deal further.

These included: small nostrils at mid-skull, so it could breath with its head partly submerged; small openings at the end of the snout, like in crocodiles, that may have enabled it to sense water movement; giant, slanted teeth well-suited for catching fish; a long neck and trunk that made walking on land nearly impossible but facilitated movement in water; short hind legs with muscular thighs, good for paddling; long, flat claws similar to those of shore birds, possibly supporting webbed feet; loosely connected tail bones so its tail could bend in a wave-like manner; and immense, skin-covered spines that created a gigantic “sail” on the back. That was likely meant for display and would have been visible even when the animal entered the water, according to the researchers.

More than a century ago, German paleontologist Ernst Freiherr Stromer von Reichenbach first discovered evidence of Spinosaurus in the Egyptian Sahara. Sadly, all of Stromer's fossils were destroyed during the April 1944 Allied bombing of Munich, Germany. Ibrahim, however, tracked down Stromer's surviving notes, sketches and photos in archives and at the Stromer family castle in Bavaria to supplement Stromer's surviving publications.

New Spinosaurus fossils were discovered in the Moroccan Sahara along desert cliffs known as the Kem Kem beds. This area was once a large river system, stretching from present-day Morocco to Egypt. At the time, a variety of aquatic life populated the system, including large sharks, coelacanths, lungfish and crocodile-like creatures, along with giant flying reptiles and predatory dinosaurs.

The most important of the new fossils, a partial skeleton found by a local fossil hunter, was spirited out of the country, the scientists said. As a result, critical information about the context of the find was seemingly lost, and locating the local fossil hunter in Morocco was nearly impossible. “It was like searching for a needle in a desert,” said Ibrahim, but after a long search he finally found the man and confirmed the site of the find.