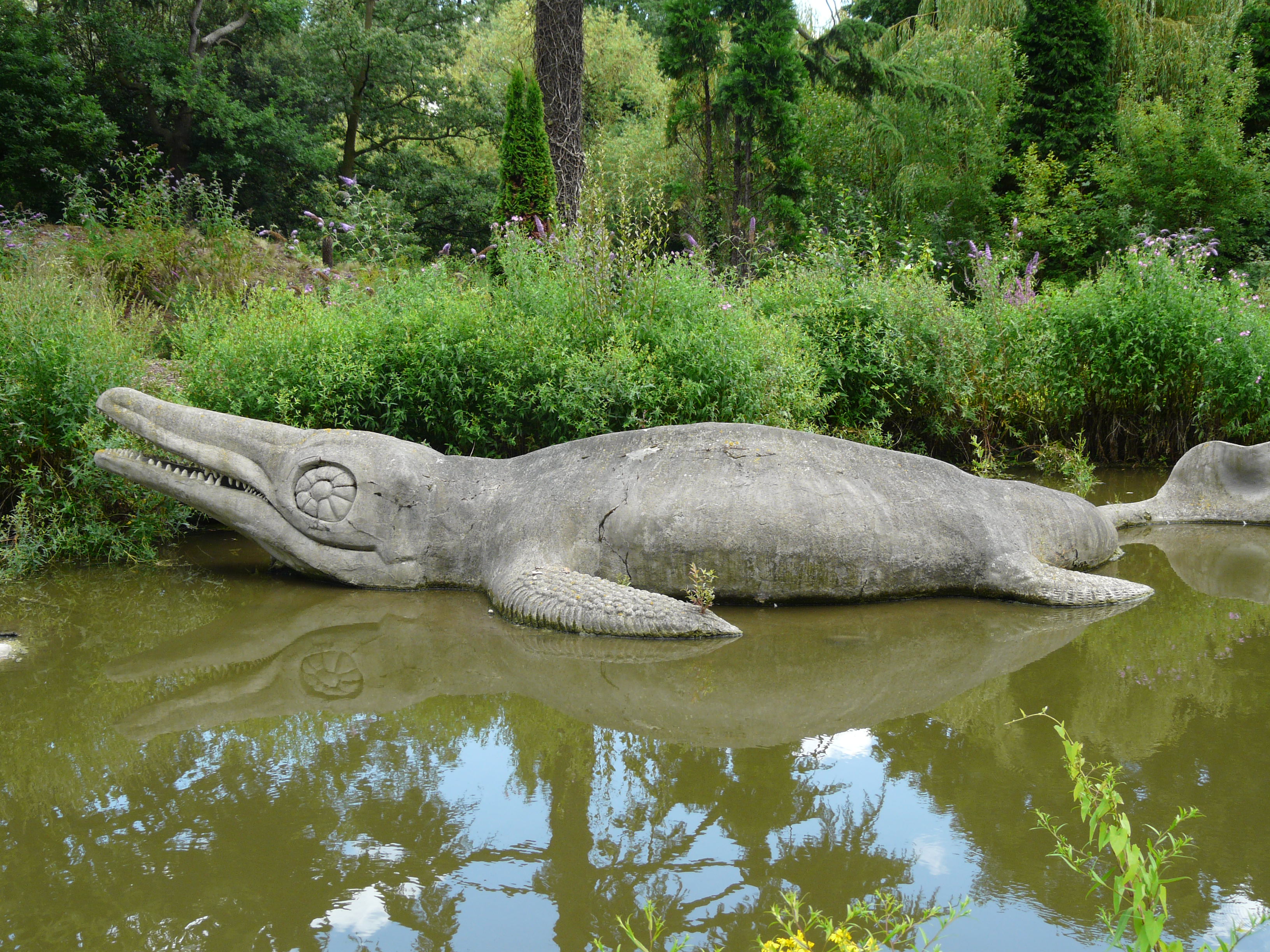 Researchers say they have found a fossil of a seal-like animal that represents an ancestral form of giant sea reptiles that prowled during the dinosaur era.

The full-blown monsters, called ichthyosaurs, lived around 200 million to 250 million years ago, the so-called Triassic period. They were believed to have evolved out of land-dwelling animals, but a “missing link” tying them to such creatures was missing.

The new fossil is said to fill that gap by displaying amphibious, or both land-and-sea-dwelling, capabilities.

“We have this fossil showing the transition,” said Ryosuke Motani of University of California, Davis, who with colleagues found the fossil in China's Anhui Province.

An estimated 248 million years old, it is about 1.5 feet (46 cm) long. The findings are described in a paper in the journal Nature online Nov. 5

Unlike ichthyosaurs fully adapted to sea life, Motani said, this one had unusually large, flexible flippers that likely allowed for seal-like movement on land. It had flexible wrists, essential for ground crawling.

Most ichthyosaurs have long, beak-like snouts, but the amphibious fossil shows a nose as short as that of land reptiles, he added.

Its body also contains thicker bones than other ichthyosaurs, he added, in keeping with the idea that most marine reptiles who transitioned from land first became heavier in order to overcome rough coastal waves before entering deep sea.

The study's implications go beyond evolutionary theory, Motani said. This animal lived about 4 million years after the worst mass extinction in Earth's history, 252 million years ago. Scientists have wondered how long it took for animals and plants to recover after such destruction, particularly since the extinction was associated with global warming.

“This was analogous to what might happen if the world gets warmer and warmer,” Motani said. “How long did it take before the globe was good enough for predators like this to reappear? In that world, many things became extinct, but it started something new. These reptiles came out during this recovery.”