Smoking may kill off the Y chromosome in men's blood 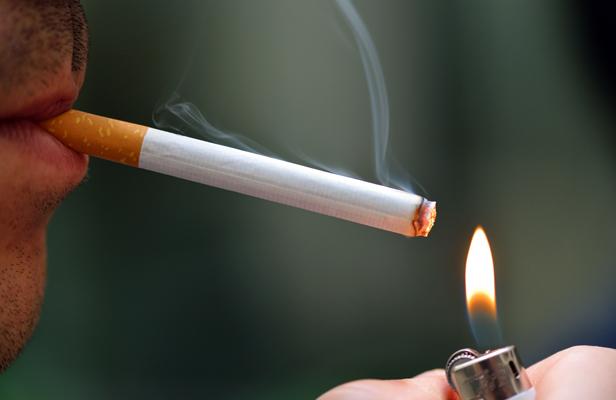 New research suggests the Y chromosome-a repository of genes that only males have-may help explain why men live less long than women, and are more susceptible to smoking-related cancers.

With advancing age, some cells can lose their Y chromosome. Two new studies suggest this loss may increase cancer risk-and that smoking may exacerbate the chromosome loss. Both projects came from the same group of researchers, and while they did not prove cause-and-effect relationships, they found associations between the events in question.

The earlier study, published in the research journal Nature Genetics online April 28, “demonstrated an association between loss of the Y chromosome in blood and greater risk for cancer,” said Lars Forsberg of Uppsala University in Sweden, one of the investigators.

For the second project, published in the Dec. 4 issue of the research journal Science, he added that the group tested “if there were any lifestyle- or clinical factors that could be linked to loss of the Y chromosome.”

The result: “Out of a large number of factors that were studied, such as age, blood pressure, diabetes, alcohol intake and smoking, we found that loss of the Y chromosome in a fraction of the blood cells was more common in smokers than in non-smokers.”

Y chromosome loss is “the most common human mutation” to begin with, added Jan Dumanski, a co-researcher at Uppsala. The new work “may in part explain why men in general have a shorter life span than women, and why smoking is more dangerous for men.”

Smoking is a risk factor for various diseases, not only lung cancer, the researchers noted; male smokers have shown a greater risk of developing non-respiratory-tract cancers than female smokers.

The investigators found the association between smoking and Y chromosome loss to be “dose dependent”-heavy smokers had more widespread losses. But ex-smokers who had quit showed normal levels of Y chromosome loss. So “this process might be reversible,” which “could be very persuasive for motivating smokers to quit,” said Forsberg.