Spacecrafts speed up without following the law of gravity 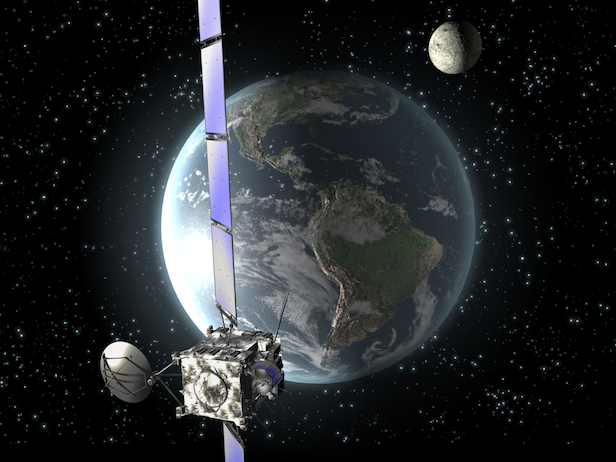 The laws of gravity don't seem to be working exactly as they should around Earth-and it's affecting our own space probes, though not seriously, a new report observes.

When space agencies send probes to explore the Solar System, they often use its planets and moons to help move those crafts along. Yet the paper notes that there's a tiny discrepancy in the expected effect, versus the actual effect, at least when Earth itself is used for such maneuvers.

The use of planets and moons to adjust a craft's motion is called a “gravity assist.” It's like bouncing a spacecraft off a planet. Because every planet is in motion, this procedure will change the speed of the bounced object-much as a ball, tossed at the front of a speeding train, would bounce back faster than the speed you threw it at.

In the case of a “gravity assist,” the “bounce” isn't quite the familiar kind of bounce. The spacecraft doesn't actually touch the planet. Instead, it flies close by. But the planet's gravity provides a similar effect to a bounce. In fact, the math is quite similar.

And it works quite well. The problem is that the real-life effect seems to differ a bit from what calculations, based on the known laws of physics, predict. The new paper, published in the August issue of the research journal Advances in Space Research, reviews the issue, and concludes that physicists still haven't come up with a satisfactory answer. Only measurements near Earth have been precise enough to clearly detect the effect, according to author Luis Acedo RodrĒguez, a physicist at the Polytechnic University of Valencia in Spain.

He suggests that the solution might lie in factors such as radiation from the sun, tides, or “dark matter”-an invisible goop that is believed to permeate galaxies throughout the universe, though it betrays its presence only through its gravity.

The tiny anomaly has been detected in near-Earth flybys thanks to monitoring stations such as that of the NASA in Robledo de Chabela in Madrid or that of the European Space Agency in Cebreros, Spain, Acedo said. Thus, when the Galileo space probe flew over Earth in 1990, instruments detected a change of speed of about one-hundredth of a mile or kilometer per hour compared to what was expected.

“These deviations do not seriously affect the trajectories,” Acedo told Spain's Scientific Information and News Service. Yet it's “very important to clarify” the causes, he insisted, “especially in the current era of precise space exploration.”

Scientists have proposed many hypotheses, he said. One points towards solar radiation being the cause of the change in speed. Others suggest an influence from magnetic fields, from tides, or from a blob of dark matter around Earth.

Acedo has proposed his own theory-though he himself admits it has problems. It involves a supposed “circulating gravitomagnetic field,” a force field that would follow the Earth's parallels. The approach can be used to explain the majority of cases, he said, and “Einstein's general theory of relativity predicts the existence of a similar field.” Yet some instruments that should have detected the effect have not.

If that is wrong, he wrote, the anomalous behavior “must originate in something that, although common, we have been unaware of to date, or in an error in the data analysis programs.”

Meanwhile, he said, space probes continue to challenge scientists every time they perform a “gravity assist.” One of the last was that of the spacecraft Juno in last October, from Earth en route to Jupiter. NASA hasn't yet published data on this journey, but everything indicates that its speed as it flew over our planet was once again different from estimates, Acedo said.